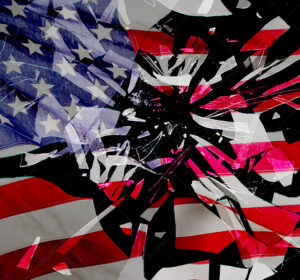 Identifying an Enemy of the Constitution, Part Two

In 2019, I published an article entitled “Against all Enemies.” I had pondered the clause on “domestic” enemies in the military oath for years, but meaningful conclusions about actions have been elusive. This is the second article in a series that revisits the question, focusing on identifying a domestic enemy.

Eskridge and FereJohn made a distinction between constitution, with a “little c,” and Constitution, with a “big C.”[2] The former is the makeup of the people within society – their beliefs, their traditions, and most importantly, their sense of justice. The latter is the limiting, written Constitution of the United States. The goal of the Constitution is to enable society’s constitution to be free and stable. The military oath is directed at the latter. Progressivism is an enemy of both.

Madison wrote in Federalist #10 that

The instability, injustice, and confusion introduced into the public councils, have, in truth, been the mortal diseases under which popular governments have everywhere perished; as they continue to be the favorite and fruitful topics from which the adversaries to liberty derive their most specious declamations.

The progressive assault on the Constitution has been indirect. Its main tool has been the confusion about which Madison wrote. The first step was to convince society that the Constitution wasn’t meant to be taken literally. That is an outright fabrication. Some of the spellings may be foreign, and some of the words have a more precise meaning than the layman might think, but the Constitution was written to be understood by a generation of farmers and backwoodsman. Its prime objective was always to limit the power government has over the people.

The confusion about the Constitution created by progressivism includes:

All amendments should be considered an integral part of the main body of the Constitution – which means that the Supremacy Clause should be applied after the amendments. The distinction is most apparent when interpreting the tenth amendment. The intent of that amendment was to give the states the upper hand. That is completely subverted by interpreting the Supremacy Clause first and puts the entire Bill of Rights at risk. More information on these progressive fallacies can be found in The Road to Americanism.[6]

After four generation turns, no one is alive who can clearly relate how many individual freedoms were lost during that time. People get conditioned to their circumstances and accept “new norms.” Just consider the erosion of individual freedoms since 9/11. It is difficult for those of us who had reached adulthood to remember the difference. Those born since then have no way to know.

Identifying an Enemy of the Constitution, Part Two