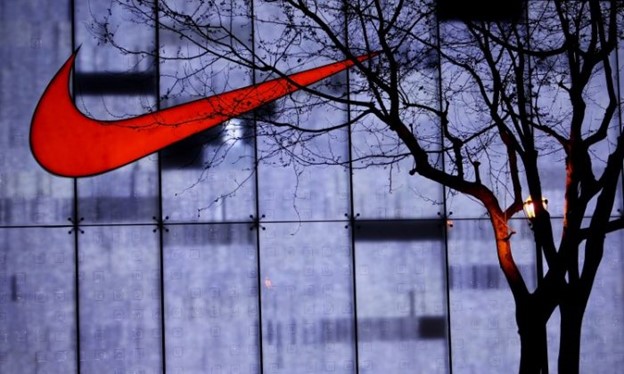 ‘Nike Is a Brand That Is of China and for China,’ Company’s CEO Says

Company has recently been under fire over concerns of forced labor in communist China. Today, 41 percent of Nike’s shoes are manufactured in Vietnam, and 32 percent are made in China.

Nike’s chief executive said that the corporation is a “brand that is of China,” amid recent allegations of the company being connected to human rights violations conducted by the Chinese Communist Party (CCP).

“Nike is a brand that is of China and for China,” CEO John Donahoe told Wall Street analysts last week in response to a question about competition from Chinese companies during a call about fourth-quarter earnings, the BBC reported.

“We’ve always taken a long-term view. We’ve been in China for over 40 years,” Donahoe said, expressing his optimism that the brand will continue to grow quickly in the world’s most populous country.

“Phil invested significant time and energy in China in the early days, and today we’re the largest sports brand there,” he said.

Nike was recently criticized by a U.S. senator for turning a blind eye to allegations of forced labor in China, arguing that they’re making American consumers complicit in Beijing’s repressive policies.

Speaking at a Senate Foreign Relations Committee hearing on China’s repression of Uyghurs and other Muslim minorities in its western Xinjiang region, Sen. Marco Rubio (R-Fla.) said many U.S. companies hadn’t woken up to the fact that they were “profiting” from the Chinese government’s abuses.

“For far too long, companies like Nike and Apple and Amazon and Coca-Cola were using forced labor. They were benefiting from forced labor or sourcing from suppliers that were suspected of using forced labor,” Rubio said on June 10. “These companies, sadly, were making all of us complicit in these crimes.”

Rights groups, researchers, former residents, and some Western lawmakers say that Xinjiang authorities have facilitated forced labor by arbitrarily detaining around one million Uyghurs and other primarily Muslim minorities in a network of camps since 2016.

Nike officials didn’t respond to a request for comment by press time.

Reuters contributed to this report.