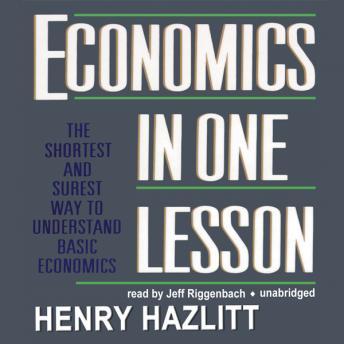 The High Cost of Financial Panics

On January 12, 1819 Thomas Jefferson wrote to his friend Nathaniel Macon, “I have…entire confidence in the late and present Presidents…I slumber without fear.” He did concede, though, that market fluctuations can trip up even the best governments. Jefferson was prescient: A few days later, the country plunged into a full-blown financial panic. The trigger was a collapse in the overseas cotton market, but the crisis had been building for months. The factors that led to the crash included the actions of the Second Bank of the United States, which had helped to fuel a real estate boom in the West only to reverse course suddenly and call in its loans.

The recession that followed the panic of 1819 was prolonged and severe: Banks closed, lending all but ceased and businesses failed by the thousands. By the time it was over in 1823, almost a third of the population—including Jefferson himself—had suffered irreversible losses.

As we mark the 200th anniversary of the 1819 panic, it is worth pondering the role of governments in a financial crisis. During a panic in Rome in the year 33, the emperor Tiberius’s prompt action prevented a total collapse of the city’s finances. Rome was caught among falling property prices, a real estate bubble and a sudden credit crunch. Instead of waiting it out, Tiberius ordered interest rates to be lowered and released 100 million sestertii (large brass coins) into the banking system to avoid a mass default.

But not all government interventions have been as successful or timely. In 1124, King Henry I of England attempted to restore confidence in the country’s money by having the mint-makers publicly castrated and their right hands amputated for producing substandard coins. A temporary fix at best, his bloody act neither deterred people from debasing the coinage nor allayed fears over England’s creditworthiness.

On the other side of the globe, China began using paper money in 1023. Successive emperors of the Ming Dynasty (1368-1644) failed, however, to limit the number of notes in circulation or to back the money with gold or silver specie. By the mid-15th century the economy was in the grip of hyperinflationary cycles. The emperor Yingzong simply gave up on the problem: China returned to coinage just as Europe was discovering the uses of paper.

The rise of commercial paper along with paper currencies allowed European countries to develop more sophisticated banking systems. But they also led to panics, inflation and dangerous speculation—sometimes all at once, as in France in 1720, when John Law’s disastrous Mississippi Company share scheme ended in mass bankruptcies for its investors and the collapse of the French livre.

As it turns out, it is easier to predict the consequences of a crisis than it is to prevent one from happening. In 2015, the U.K.’s Centre for Economic Policy Research published a paper on the effects of 100 financial crises in 20 Western countries over the past 150 years, down to the recession of 2007-09. They found two consistent outcomes. The first is that politics becomes more extreme and polarized following a crisis; the second is that countries become more ungovernable as violence, protests and populist revolts overshadow the rule of law.

With the U.S. stock market having suffered its worst December since the Great Depression of the 1930s, it is worth remembering that the only thing more frightening than a financial crisis can be its aftermath.