A Contrast in Our History

A Contrast in Our History

A bit of History to Remember…

In his first annual message in December 1829, President Jackson (a Democrat) promoted the benefits of paying off the federal debt.  He said the people would be “relieved from a considerable portion of its present burdens” and be able to “display individual enterprise.”  He also mentioned that the states’ financial power would improve which would allow them to fund education and public projects.  With its debt paid, the federal government would still be able to “promote the general weal in all modes permitted to its authority.” 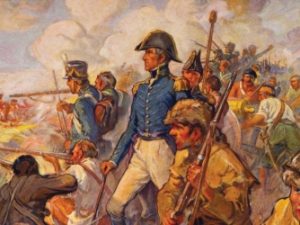 After having peaked at $127 million following the War of 1812, the national debt stood at $58.4 million when Andrew Jackson became president.  Jackson was determined to pay off the debt in full by 1833.  With a combination of personal motivation, political desire, and financial discipline… the national debt was actually extinguished (zero) in 1835.

Jackson’s former Attorney General, Roger Taney, believed it was the only time a major nation succeeded in paying off its debt.  It is still true today.  Read more about President Jackson and his efforts to eliminate national debt HERE.