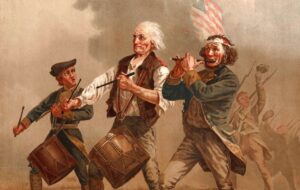 We the People of these United States have allowed ourselves to become divided into two distinct factions: those who hate America and those who love it.

In August of 2019, the Old Gray Lady, a.k.a. the NYTimes, published an invention of their own making depicting America’s founding historical dates as incorrect, wrong. They said that 1619 was the real beginning of America as we know it.

Others, such as Howard Zinn and his The Peoples History of the U.S., taught millions of Americas public schools students that the popular history of America described an ugly place.

The Left’s push to crush the real history with a false narrative is problematic and it explains why generations, particularly since the 1960s, have been openly turning against America. Their Progressive movements origin was seeded in the late 19th century. Progressivism matured in the early 20th century with leaders such as Teddy Roosevelt, Margret Sanger and Woodrow Wilson, among others.

This anti-American stimulus has continued to grow over the decades within academia, K-12, and infecting influential segments of society to accept un-American philosophy such as the misleading critical race theory rhetoric.

It has relied on the techniques of the defective Marx/Engels theory of socialism, communism or unionism. The basic principle relies on the control of a seduced collective by a sectarian elite rather than by our Declaration’s call for individual liberty through which the laws of nature and Natures God entitle them.

Those who hate America are rewriting our history to fit their political narrative and not the truth. They claim that America has always been a class struggle by the people.

The Truth will set you free.

It is time for True Americans to take a stand and defend the many who have sacrificed their lives, fortunes, and sacred honor for this Nation. We’ve allowed our Constitutional foundation to incur fissures, cracks, and blemishes that must and can be repaired. But what is it that must be repaired?

Let’s start with our recognition and acceptance of the main pillars of American exceptionalism. I draw an excerpt from A Patriot’s History of the United States by Larry Schweikart and Michael Allen. It can be found in America’s classrooms elbowing several revisionist American history books for position.

A Patriot’s History of the United States:

In fact, America is an exceptional nation, not because its people are inherently superior, smarter, braver, or more moral, but because it is the only nation on earth that, from its founding, rested on four “pillars” that no other nation shared. The first two pillars focus on religion and small government politics, and the second two are economic pillars that support the first two. These “Pillars of American Exceptionalism” are as follows:

Taken together, these four pillars made America truly an exceptional nation among all those in the world.

American’s have a long and storied history from the migration of the world’s peoples, cultures and races to this land. They left persecution, slavery of all kinds, class struggles, poverty, and willingly joined others in a system that guaranteed them “unalienable rights that among these are life, liberty and the pursuit of happiness.” 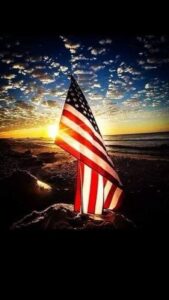 Hope lies on the horizon if we come together and unify in our effort, as we have in the past, to return this Nation to Nature’s God and to the consent of the governed.

We honor those today who created and then built the only and very unique and exceptional Nation ever, The United States of America. Let’s come together and rebuild our Nation to keep the Promise of Exceptionalism for the generations yet to come.