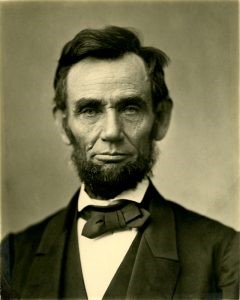 Although fact-checking the 1619 Project and offering academic criticism is important, it is not the most effective strategy for winning the hearts and minds of Americans.

Although criticism of The New York Times’ 1619 Project has not yet stymied the project’s success, giants in the conservative world are beginning to forge a tactical and strategic response that will outflank the project’s stated purpose of reframing the country’s history.

The 1619 Project is a series of essays about slavery and racial issues. Its primary claim is that racism has tainted every aspect of America’s founding and development. The project contains 18 essays, a collection of original stories and poems, a photo essay, a five-episode podcast, as well as other elements. The Pulitzer Center has also provided free reading guides, copies of the magazine, and lesson plans to educators.

In conjunction with the Pulitzer Center, The New York Times has already written and disseminated curriculum to public schools with the intention of reframing the country’s history by demonstrating that 1619, the year a slave not owned by Native Americans set foot on U.S. soil, is our true founding. Despite criticism from renowned historians, academics, and conservatives, the project continues to gain momentum.

The project was the dream child of Nikole Hannah-Jones, who is also the author of the project’s flagship essay, which argues, “Our democracy’s founding ideals were false when they were written. Black Americans have fought to make them true.” Hannah-Jones has shared that a fundamental restructuring of society must include financial reparations because “It’s not enough to simply have political power if you don’t have economic power.”

In only seven months the project has made great headway. Demand for the 1619 Project print edition of The New York Times Magazine was higher than all others since President Obama’s 2008 victory edition, reports NPR. According to the Pulitzer’s Annual Report, they have successfully brought the 1619 curriculum to 3,500 classrooms around the nation.

The Pulitzer Center reports, “Educators from hundreds of schools and administrators from six school districts have also reached out to the Center for class sets of the magazine.” The project does not just aim to infiltrate history classes, but seeks to reframe the way students see a vast array of topics from economics to health care, traffic, and music. The Pulitzer Center states:

The 1619 Project tackles the subject of enslavement in a way that will be new to many American students. Scholars, reporters, and poets examine the legacy of slavery as it manifests in our present day, from the brutality of U.S. capitalism to the spread of sugar in diets around the world.

According to John Murawski of Real Clear Investigations, five public school systems, including Chicago and Washington, D.C., have adopted the 1619 Project’s companion curriculum district-wide. In most cases the curriculum has not been vetted through a normal textbook review process, but is being implemented by what Murawski calls “administrative fiat.” In most of the school districts the 1619 curriculum is meant to be supplemental, but in January the school district of Buffalo, New York adopted it as mandatory for seventh through 12th graders, reports NPR.

What’s Wrong With the 1619 Project

Many major publications have pointed out the project’s historical, factual, and logical inconsistencies. Some of the best have been Joshua Lawson’s article in The Federalist, which pointed out that slavery was not unique to the United States and worldwide abolition lagged behind that of the northern states, and Lucas Morel’s work in the American Mind that argued American history should not be interpreted as a zero-sum narrative where the accomplishments of African Americans must displace the achievements of the Founders.

Twelve Civil War historians responded to the project with a letter to New York Times Magazine. The letter states: “As historians and students of the Founding and the Civil War era, our concern is that The 1619 Project offers a historically-limited view of slavery, especially since slavery was not just (or even exclusively) an American malady, and grew up in a larger context of forced labor and race.”

The historians go on to point out numerous historical discrepancies as well as instances where authors blatantly misinterpreted events to fit their narrative. Although the editor of the New York Times did respond to the letter, he neglected to publish it or to make any recommended corrections.

In a separate letter, five historians, one of them Gordon Wood, also wrote a letter to the New York Times in response to the 1619 Project. It states the group has strong reservations about important aspects of the 1619 Project. While the professors praise the project’s aim of addressing the central role slavery played in American historical development, they criticize the gross factual errors that the project’s essays rely on to make their points. They write,

These errors, which concern major events, cannot be described as interpretation or ‘framing.’ They are matters of verifiable fact, which are the foundation of both honest scholarship and honest journalism. They suggest a displacement of historical understanding by ideology.

Although these efforts have been noble, they have had little impact on the 1619 Project’s advance. So others are rising to respond. One such response is a new free online course being offered by Hillsdale College (Disclosure: I am employed by Hillsdale College, but have not had a hand in the development of this course).

“The last thing we need, I think we all agree, is another history book. What we do need, what we’ve long needed is a clear and compelling narrative of the American story. An honest account that is also compelling and inspiring for students… And I think we have one,” said constitutional scholar Dr. Matthew Spalding of McClay’s book.

The purpose of the course is to counter narratives like the 1619 Project and to restore civic knowledge that leads to informed patriotism. According to Arnn, The 1619 Project is “an ideological campaign to undermine Americans’ attachment to our founding principles and to the Constitution by making slavery – rather than the principles of liberty that ended slavery and preserved our liberties for nearly 250 years – the principal focus of American history,” reports KPVI. The course is set to launch on February 12 and will encompass 25 lectures.

Truth Includes Both Good and Bad

According to Hillsdale College’s website, the course will explore the history of America as a land of hope founded on high principles. It states that the course will present the nation’s great triumphs, achievements, shortcomings, and failures.

Hillsdale’s strategy for combating the 1619 Project’s narrative is by far the most strategic. Although fact-checking Hannah-Jones and offering intellectual criticism is important, it is not the most effective strategy for winning the hearts and minds of America’s educators and students.

Hillsdale’s online class is a true threat to the 1619 narrative because it will also offer a narrative. It is part of human nature to love and learn from stories. In the introduction to his book, McClay writes,

We need stories to speak to the fullness of our humanity and help us orient ourselves in the world. The impulse to write history and organize our world around stories is intrinsic to us as human beings. We are at our core, remembering and story-making creatures, and stories are one of the chief ways we find meaning in the flow of events.

McClay’s book and thus his class will be about the American story, a story with instances of both good and bad, beautiful and ugly, tragic and joyful. The 1619 Project paints in one color, while the true American story is a coat of many colors. It is nuanced and complicated.

Hillsdale, a college that opened its doors to women and African Americans long before doing so was fashionable, is the perfect institution to make this stand against the revisionist history of the 1619 Project.

Krystina Skurk is a research assistant at Hillsdale College in D.C. She received a Master’s degree in politics from the Van Andel School of Statesmanship at Hillsdale College. She is a former fellow of the John Jay Institute, a graduate of Regent University, and a former teacher at Archway Cicero, a Great Hearts charter school.