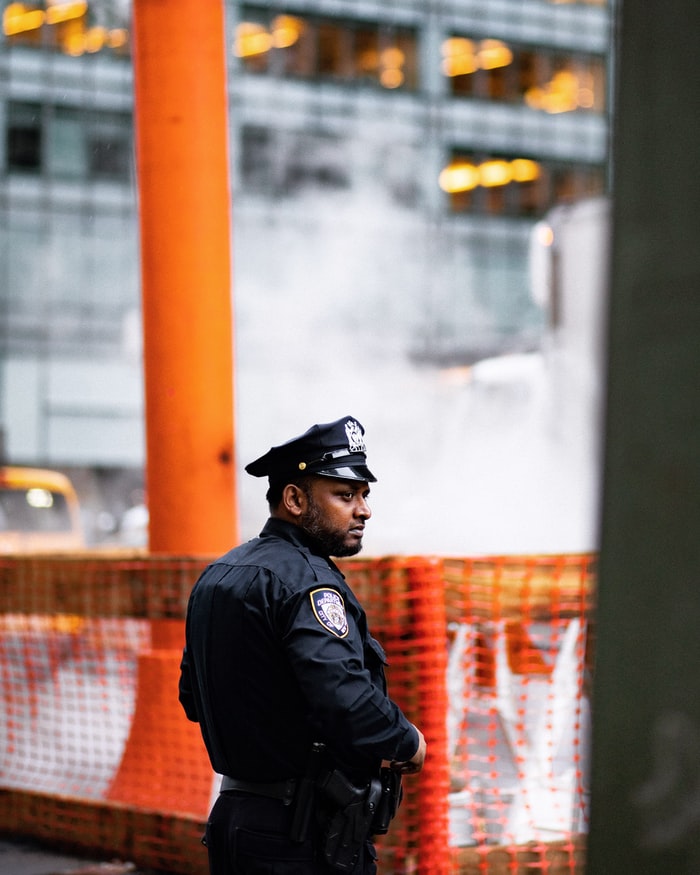 Time and again, union contracts come into play in keeping police officers accused and even convicted of misconduct and abuse in positions of power.

By and large, police officers are heroes who put their lives on the line to protect the communities in which they live and serve. How then should we react to cases of police misconduct and brutality when they come to light?

Confronting this requires what Minneapolis Mayor Jacob Frey referred to as “this one, nearly impenetrable barrier, which is the union contract and the way it is set up.”

Derek Chauvin, the now-fired police officer who was arrested and charged in George Floyd’s death, had multiple complaints against him, only one of which resulted in a reprimand.

Tou Thao, the now-fired officer seen standing guard in the video as Chauvin presses a knee into Floyd’s neck, also had multiple complaints against him. Minneapolis settled a lawsuit that alleged brutality by Thao and another officer for $25,000 in 2017.

Why then were these officers still allowed to stand in the line of duty?

It is important to remember that not all complaints filed against police officers have merit. Some are filed by individuals who are upset at an officer who arrested them for legitimate reasons. Some gang members or drug dealers may file complaints against a good and zealous police officer in the hopes of getting that officer sidelined so that they can continue their nefarious activities.

Nonetheless, such complaints must be taken seriously and investigated thoroughly, and when it is determined that a complaint has merit, appropriate consequences must follow. The stakes are too high in community safety and cooperation, officer morale, and the professional reputation of law enforcement agencies to do otherwise.

And yet Frey said in an interview: “We do not have the ability to get rid of many of these officers that we know have done wrong in the past due to issues with both the contract and the arbitration associated with the union.”

Frey went on to say that a full-on culture shift requires both hiring the officers who embody the qualities and culture that city officials envision and getting rid of officers “who do not embody that vision.” The problem is the city’s inability to accomplish the latter.

Time and again, union contracts come into play in keeping police officers accused and even convicted of misconduct and abuse in positions of power. In an effort to “protect” their members, police unions instead can subject some in the community to lawlessness and injustice.

Historically, police unions negotiated compensation provisions. But then, as former Minneapolis Police Chief Robert Olson described it: “During recessions [the city] would give the union management rights in lieu of money [and] that’s when trouble starts.”

Olson noted that this wasn’t just a one-time incident, but a continual build-up over time.

“We’re talking about incremental changes in contracts over years that cumulatively, suddenly, there’s all of these hoops, which makes it far more difficult for chiefs to sustain discipline,” the former police chief said.

The problems are not just in Minneapolis, but nationwide. A review of 82 police union contracts in large cities by the Reuters news service found that contracts often include provisions that obstruct discipline, erase discipline records, and insert elevated standards of review that shield rogue police officers from justice.

Although some of us may tend to link all police together, or tend to assume that all the problems come from within police departments themselves, that’s often not the case. Plenty of instances exist in which police officers report misconduct and abuse by their peers.

And although police firings are rare, plenty of instances also exist in which police chiefs dismiss officers for just cause, only to have those decisions overturned following challenges from labor unions, often over technicalities unrelated to the underlying misconduct.

For a 2017 news article in The Washington Post titled “Fired, Rehired,” reporters obtained the records of 37 large municipal police departments that collectively had fired 1,881 officers since 2006.

Of those fired, the Post discovered, nearly 1 in 4—a total of 451 officers—successfully appealed and the departments were forced to rehire them. Not only that, but a majority of the rehired officers received back pay from the date of their termination until the date they were reinstated.

San Antonio Police Chief William McManus was forced to reinstate an officer he fired—not just once, but twice. As McManus explained, overturning disciplinary and dismissal decisions for reasons other than factual errors “undermines a chief’s authority and ignores the chief’s understanding of what serves the best interest of the community and the department.”

In addition to an abundance of firsthand evidence, academic studies also have found police unions to be part of the underlying problem.

A 2019 study of “moral character” violations reported by local police agencies in Florida between 1996 and 2015 found that “collective bargaining rights led to about a 40% increase in violent incidents of misconduct among sheriffs’ offices.”

And in a 2012 Michigan Law Review article, professor Rachel A. Harmon described collective bargaining as functioning like “an immediate tax” on internal misconduct reforms.

But despite widespread evidence that police unions play a role in police injustices, most reform efforts have failed to confront the unions as part of the problem.

The report from President Barack Obama’s Task Force on 21st Century Policing mentioned unions only in the context of ensuring they have a seat at the table in the reform process. But history shows that giving police unions power over accountability and discipline typically results in less of each, and can pose a risk to community protection.

Paige Fernandez, policing policy adviser for the American Civil Liberties Union, argued in a May 2019 article that “historically in the U.S., police union contract negotiations have been used as vehicles for rolling back accountability, transparency, and civilian oversight. In doing so they have further damaged relationships with community members, whom the police are meant to serve.”

If we wanted to ensure the safety of companies’ products, we would not allow organizations that represent the individuals who produce those products to set the safety standards and control the consequences of violating those standards.

Similarly, if we want to protect members of the community from police misconduct and abuse, we cannot allow police unions to control the circumstances and treatment of those misconduct allegations, nor to undermine the decisions of police chiefs to remove problematic officers.

At a minimum, local and city officials should renegotiate collective bargaining provisions in police contracts to remove provisions that hamstring departments’ ability to enforce accountability and discipline.

Rachel Greszler is research fellow in economics, budget, and entitlements in the Grover M. Hermann Center for the Federal Budget, of the Institute for Economic Freedom, at The Heritage Foundation. Read her research.