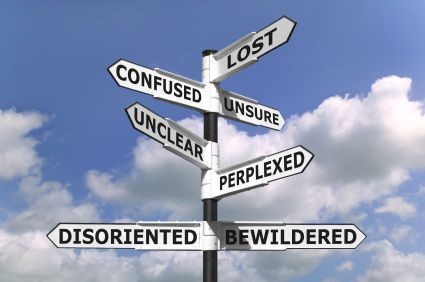 Science is the search for truth. It is similar to a treasure hunt where we really don’t know what the treasure looks like. We make fun of the medieval thinking that the world is flat because we know better than our ancestors. On the other hand, without the knowledge that one can travel in one direction and eventually arrive from the opposite direction, it is a perfectly reasonable working theory because our local, visual perspective is that we travel in a geometric plane.

Science applies mathematical structure. What we know and what we think we know are divided into theorems and theories. Science strives to advance our knowledge from uncertainty to certainty by proving theories to make them theorems. It is important to note that some scientists still believe that Einstein’s “theory of relativity” may be wrong. That is why it is not called the “theorem of relativity.” Likewise, it is called the “Big Bang Theory,” not the “Big Bang Theorem.”

Just as mathematics is based upon unprovable axioms, science has to accept axioms. That the world is round is not an axiom, because it is provable. But it is only provable because we accept the axiom that our visual perceptions are real and accurate. Aristotle established this axiom when he rejected the “forms” of his mentor Plato.

The problem is that the search for truth requires that emotion be neutralized to allow thinking to dominate. Unfortunately, that is a virtually impossible task for human beings. That “man is a rationalizing being, not a rational being” captures the problem. Even the most intelligent among us will color the search for truth by blinding ourselves to the obvious, because we don’t want the outcome it presents. Scientists themselves are not immune to the syndrome. The term “settled science” is an oxymoron, and the use of “science says” is more like the child’s game of “Simon says.”[1] “Science suggests” would be acceptable, but even that is prone to abuse. Science is only served with honesty.

It is impossible to search for the truth unless everyone is at liberty to seek the truth. Likewise, the truth cannot be found if the information we use is false. Had the western world never been at liberty to venture around the world, the notion that the world is flat could never have been disproven. Likewise, if only fake journeys had occurred, the notion that the world is round would not have been established. The same holds true in getting to the point where we have camera evidence of the roundness of the earth from space. Honesty is essential.

The intent behind the first amendment of the US Constitution actually establishes the foundation to allow science to flourish. It does that by preventing the government from inhibiting either liberty or honesty. However, it does not protect people from violating each other’s liberty, nor does it ensure that the people will be honest with each other. Ironically, if it did either, it would violate the fundamental principle of liberty. It has been frequently said that one’s biggest strength can be the biggest weakness. This pinpoints the weakness that enemies of the US system have realized for decades.

As Terry Tuchie points out in In Their Own Words, the Marxist-Leninist group Weather Underground established six goals to overthrow the system. Each of these goals were targeted to divide society against itself. The division sets in motion denial of liberty by one faction against another. One of the chapters in Hayek’s The Road to Serfdom is entitled “The End of Truth.” Promoting social division requires dishonesty, and Marxists have always embraced it.

The social upheaval today has been a long time in the making. Dishonesty is not simply lying. It can also involve twisting priorities to make us do or say things that are 180 degrees out from our self-interests. The military learned the lessons of dealing with these confusing techniques during the Cold War – first in Korea. Since the collapse of the Soviet Union, the US seems to have completely forgotten those lessons.

Posted in Honesty,liberty,Plato,Truth and tagged Opinion