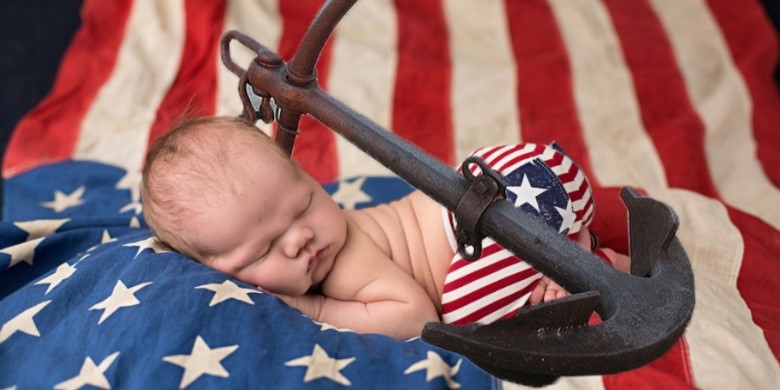 The Birthright Rip-Off Is Another Affront to American Citizenship

The opinions expressed by columnists are their own and do not represent the views of Townhall.com.

Americans are being sold the fairy tale that the whole world has a constitutional right to come here, give birth, and get a free American passport. We’re told it’s “un-American” to daresay otherwise, but the growing phenomenon of “birth tourism” is the real affront to American values.

There are, at this moment, hundreds of companies offering rich foreigners all-inclusive birth vacations to beautiful American tourist destinations. Astonishingly, pregnant jetsetters from around the world step off planes, clear customs with their tourist visas, and are whisked from airports to specialty birth tourism hospitals that exist just for this purpose.

The hotel accommodations are luxurious, the post-partum cocktails expertly mixed, but the greatest allure is provided free of charge by the U.S. government: citizenship in the greatest country on Earth. For the price of a travel package, these wealthy foreigners get lifetime membership in one of the most exclusive clubs on the planet.

This subversive industry exists for one reason: to exploit our laws and literally sell American citizenship. And business is booming.

The most visible cohort has been communist China’s new ruling class, which sends tens of thousands of its expecting mothers to “maternity hotels” in California and U.S. Pacific territories like Guam. With just a quick trip in and out, their children — more than 60,000 of them every year — automatically become American citizens, with all the attendant benefits.

Lately, Russia’s upper class has been getting in on the action, too. South Florida is the birth tourism destination of choice for Vladimir Putin’s cronies, and Miami’s passport merchants are catering to their desires in style. For $50,000, Russian oligarchs can get luxury beachside accommodations and professionals to take care of all the paperwork necessary to mint their own little American citizens.

”I can’t wait to get back to Russia,” one of these Muscovite citizenship-buyers told Bloomberg News. The fact that her daughter was an American seemingly meant nothing to her, even as she made sure she got that blue passport. That was “the last thing on my agenda, literally…Why does Trump think everyone is dying to have one?”

Another Russian mother of a new American was more pragmatic. “I don’t know whether my daughter will end up using the passport or not, but it’s good to have different options,” she explained, suggesting it might be helpful for getting into college, or maybe starting a business. These oligarch babies may never need welfare, but they will be as eligible as any American for government assistance and the many other benefits that are due any citizen of our country.

These birth tourists are a far cry from the impoverished single mothers Democrats like to talk about when they’re arguing against border security, but they benefit every bit as much from the radical open-borders lobby that holds sway in the Democrat Party.

Curiously, the same American liberals who are hysterically searching for Russians connected to the 2016 Trump Campaign and preposterously claiming that Russian social media posts are a threat to our electoral integrity are evidently unconcerned about giving citizenship to thousands of Russians with no real connection to this country.

These liberals tell us that the 14th Amendment to the Constitution mandates birthright citizenship, and that it’s “un-American” for us to complain. Whatever you think of the approximately 300,000“anchor babies” born to illegal aliens in the U.S. every year, the prevalence of birth tourism is indefensible as a matter of either law or morality.

As more and more legal scholars recognize, birthright citizenship is simply not what the drafters of the 14th Amendment intended. In fact, the policy actually puts the U.S. at odds with most of the world — only 30 countries, mostly in South America, recognize birthright citizenship, and Canada is the only other developed country to do so.

Luckily, President Trump is doing something about this sorry state of affairs. On the campaign trail before the midterm elections, he called out the birth tourism industry by name and revealed that he’s contemplating using either an executive order or legislative action to clarify that the 14th Amendment doesn’t require American citizenship be on sale for the price of a plane ticket.

Valuing American citizenship is not “un-American.” Neither is dispelling the fairy tale of universal birthright citizenship.

Jan Brewer is the former governor of Arizona and a member of the Donald J. Trump for President Inc. Advisory Board.