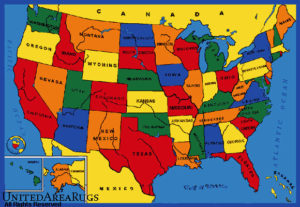 By Mike Kapic / November 4, 2020 / Comments Off on The Importance of Keeping Federalism

Federalism is Important – Even in a Pandemic – By Stuart MacPhail – November 2020 In a recent piece headlined Federalism still important, even in pandemic published by Utah Policy, Utah State Rep Merrill Nelson says, “Federalism is important and must be preserved, for as power shifts to Washington, with it go our individual liberties and rights…

November 4, 2020 / Mike Kapic / Comments Off on The Importance of Keeping Federalism

Federalism is Important – Even in a Pandemic –

In a recent piece headlined Federalism still important, even in pandemic
published by Utah Policy, Utah State Rep Merrill Nelson says, “Federalism is important and must be preserved, for as power shifts to Washington, with it go our individual liberties and rights of self-government.”

As he points out, “Federalism – the division of powers between the federal and state governments, is vital to our Republic.  The only check on federal power is state power.  Of course, the Tenth Amendment reserves most powers to the states, but Congress typically ignores that.”

Rep. Nelson says, “The Tenth Amendment should be required reading for all members of Congress – most do not understand the difference between Congress and state legislatures.  They seek to address the same problems, but with a national scope.  Over the past several decades, we have seen power shift progressively from the states to the federal government.  Unlike water, which flows downhill, government power tends to flow uphill – from local to state government and from states to the federal government.”

He says, “Under the current pandemic, the same rules of federalism should apply, leaving the response primarily to state and local governments.”  Read his views HERE.

3 Keys Suggested for Getting Federalism Going Again –
The October 15 edition of the newsletter Governing carried a column by Donald F. Kettl entitled “3 Keys to Getting the Federalism Conversation Going Again.”

Kettl says, “The first key is language: creating the basic information structure to make debate possible and action effective.  The inescapable reality of the coronavirus outbreak is that the American response has been crippled from the very beginning by our inability to figure out what’s going on.  In fact, we don’t even have a common way of talking about a ‘case’ or a ‘test,’ and in some states the most basic measures have shifted over the course of the pandemic.”

Kettle’s second key is “…creating a forum where we can explore the issues that matter.  As we have discovered during COVID-19, not only were each of the governors standing alone in charting a strategy, but there also simply wasn’t any forum for figuring out what a sensible strategy for the states ought to be.”

Mr. Kettl suggests that the third key is “…investing in intellectual capital to shape the debate.  It’s hard to imagine a time when these intergovernmental issues were so hot that a president (in this case, Eisenhower) felt the need to appoint the blue-ribbon commission whose work led to the creation of the ACIR [the US Advisory Commission on Intergovernmental Relations].  Launching such a high-level effort is probably beyond our reach today, but there’s a host of issues that need a deep dive.”  Read his views HERE.