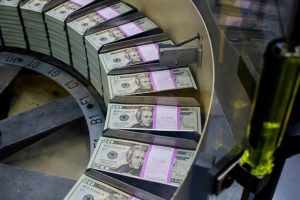 The undeniable logic of Manchin’s ‘strategic pause’ BY DAVID M. WALKER AND DOUGLAS HOLZ-EAKIN — 09/15/21 Since the onset of the COVID-19 pandemic, the federal government has spent more than $5 trillion to combat it and to support American families and businesses. But now, with the economy in recovery, the risks of significant additional federal…

Since the onset of the COVID-19 pandemic, the federal government has spent more than $5 trillion to combat it and to support American families and businesses. But now, with the economy in recovery, the risks of significant additional federal spending are becoming too obvious to ignore. American families ultimately will pay the price if Washington does not heed these risks.

That’s why we support the view of Sen. Joe Manchin (D-W.Va.), who wrote in a recent Wall Street Journal opinion column: “Instead of rushing to spend trillions on new government programs and additional stimulus funding, Congress should hit a strategic pause on the budget-reconciliation legislation.”

We vigorously support the $1.2 trillion infrastructure package passed by the Senate, because it addresses critical and longstanding national problems and it will spur economic growth and create jobs. It should be paid for and isn’t likely to spur inflation, since much of the spending is being disbursed gradually over many years.

The proposed $3.5 trillion budget reconciliation package is a very different story, however. Many of the goals the package aims to advance — such as improving access to child care and elder care, or combating climate change — are indeed important.

They warrant significant debate and potential action from Washington. But rushing headlong into passage of the budget reconciliation package would be irresponsible at this time, and it would run the risk of causing significant long-term damage to the U.S. economy and to America’s middle class.

There is an ongoing debate about whether the recent spike in inflation is transitory or the beginning of a dangerous long-term economic trend. But there is no debate that if inflation does take hold, it will hurt low- and middle-income Americans the most. As prices rise for fuel, food, housing and other essentials, families simply can’t keep up. In fact, this is already happening: Although nominal wages have increased over the last seven months, real wages have actually declined, since the dollar’s purchasing power has been eaten away by higher inflation.

The U.S. also faces the growing specter of a future debt crisis, as the federal debt as a share of GDP is now higher than at any time since World War II and still rising. In addition, according to the federal government’s audited financial statements as of Sept. 30, 2020, we already have more than $100 trillion in liabilities and unfunded promises for programs like Social Security and Medicare, and this number is growing faster than the economy. As a result, simply paying for any new federal spending is not an appropriate goal.

Unlike with the passage of the emergency COVID-19 relief bills, there is no pressing economic need for Congress to immediately spend trillions more. In fact, doing so will likely make it harder for the country’s working families, which this $3.5 trillion spending package purports to help.

The responsible course ahead is clear: Pass the bipartisan infrastructure bill that is supported by the president, by 69 senators, and by a significant majority of the American people, and put a strategic pause on the $3.5 trillion additional spending package.

David M. Walker was most recently the Admiral William Crowe Chair Distinguished Visiting Professor at the U.S. Naval Academy, where he taught the Economics of National Security. He was the comptroller general of the United States and director of the U.S. Government Accountability Office from 1998 to 2008. He is a national cofounder of NoLabels, a nonprofit organization that promotes bipartisan governance. He has authored four books, the latest is entitled “America in 2040: Still a Superpower (A Pathway to Success)”.

Douglas Holtz-Eakin is the president of the American Action Forum. He was the director of the Congressional Budget Office, 2003-2005, and was chief economist of the President’s Council of Economic Advisers, 2001-2002. Follow him on Twitter @djheakin.