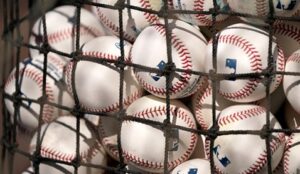 MLB Asking Fans about Political Affiliation By RYAN MILLS –  April 22, 2021 Hey baseball fans, if you’ve attended a Major League Baseball game recently, the league has some questions about your experience: How was the view from your seat? How long did you have to wait for food? How many innings did you stay? Oh,…

Hey baseball fans, if you’ve attended a Major League Baseball game recently, the league has some questions about your experience: How was the view from your seat? How long did you have to wait for food? How many innings did you stay?

Oh, and also, are you a Republican or a Democrat?

The question about political affiliation is part of the extensive fan surveys MLB is conducting this year around the ballpark experience, which the league says is to gain knowledge about fan perceptions, preferences, and behaviors during the COVID-19 pandemic. But the question also is being asked as a poll shows MLB’s favorability rating among Republicans has plummeted since its decision to pull this year’s All-Star Game out of Atlanta because of allegations by Democrats that Georgia’s new voting law is racist. MLB officials say the two things aren’t related – the league says it actually started asking the political affiliation question during the 2020 postseason – but the question could raise concerns among conservative baseball fans about how the increasingly “woke” league will use the information.

Major League Baseball is asking fans for their political affiliation in post-game surveys.

Do you consider yourself a Democrat, a Republican, an Independent, or a member of a Third Party?

MLB says the information will be used to determine broad trends, and insists that the results of the surveys – which are sent via email – aren’t tied to any individual accounts. The surveys can be completed without answering the political affiliation question. MLB called the question about political affiliation “commonly used” in surveys by other organizations.

“The research has shown that a person’s self-identified political affiliation often impacts their views about the pandemic, and therefore respondents’ views regarding returning to the ballpark,” MLB said in a prepared statement to National Review. “Since we are in the midst of the pandemic, this is valuable information for our clubs to understand the views of their fans about attending games.”

According to MLB, this is the third year the league has conducted extensive surveys of fans about their experiences at the ballpark, including their experiences buying tickets, entering the park, buying food and merchandise, and customer service. But during last year’s National League Championship Series and World Series – the only two MLB events fans were allowed to attend – the league added a new set of questions about fan comfort about returning to the ballpark in the pandemic. According to a survey distributed after a recent Washington Nationals game, they include questions about how well COVID-19 safety protocols were implemented, and what percentage of fans complied with mask requirements. They also include the political affiliation question.

Fans are given options besides Republican and Democrat. They can choose Third Party, Independent, “I’d prefer not to say,” or skip the question – or the survey – altogether.

“Taking the survey and answering that question are completely voluntary,” MLB said.

MLB has increasingly been wading into social and political activism in recent years, to the chagrin of many fans who would prefer professional sports to stay above the political fray.

In early April, after receiving pressure from activists – and President Joe Biden – MLB Commissioner Rob Manfred announced the league was moving the 2021 All-Star Game from Atlanta to Denver in response to Georgia’s new voting law. He called the decision “the best way to demonstrate our values as a sport.” The move is expected to cost the Atlanta-area economy up to $100 million. Georgia’s Republican leaders have defended the law from attacks that it is designed to suppress minority voters, and said comparisons to Jim Crow are misplaced.

In response to the game being moved, some Republican lawmakers have called for an end to MLB’s anti-trust exemption.

A Morning Consult poll found that MLB’s favorability rating among self-identified Republicans plummeted after the All-Star Game announcement, dropping from 47 percent in mid-March to just 12 percent in early April. That put MLB behind the NFL and NHL in terms of GOP support.