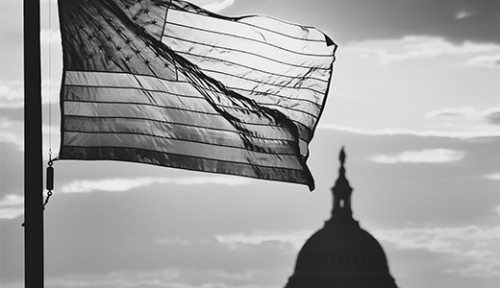 Will the Electoral College be Subverted by the NPVIC?

The Electoral College and attempts to circumvent it continue in the news and in state legislative discussions.  On February 11 the Virginia House of Delegates adopted HB177 (vote 51 to 45), in an attempt to join the National Popular Vote Interstate Compact (NPVIC).  The future is uncertain for the Senate’s companion bill, SB399.  If passed, that would take the total committed Compact votes from 196 to 209… toward their goal of 270.  Eleven other state legislatures are also considering the NPVIC proposal this year.

But the February 13 edition of the National Review carried a story headlined A National Popular Vote for President Isn’t as Close as You Might Think.   It points out the obstacles ahead for the NPVIC movement.  Read it HERE.  What isn’t mentioned is the additional requirement in the Constitution’s Article 1, Section 10, subsection 3 which prohibits states from entering compacts “without the Consent of Congress.”

SB103 would prohibit state officials from disclosing “the number of votes cast in the general election for president of the United States, until after the time set by law for the meeting and voting of presidential electors has passed in all states.  The secretary of state may disclose, as soon as the information becomes available, the percentage of statewide votes cast for each presidential candidate, to the nearest tenth of a percentage point, a list of presidential candidates in order of increasing or decreasing percentage totals, and the winner of the election.”

Unfortunately Stalzer’s bill has been temporarily tabled while the SD legislature considers HCR6003 (with 61 sponsors), a rather toothless resolution that says “the Legislature supports the Electoral College and believes the National Popular Vote Interstate Compact may be unconstitutional.”

An editorial in the February 13 edition of Denver-based Intermountain Jewish News pointed out that recent Democratic vote counting in Iowa was a “Surprise Boost for the Electoral College.”  That experience demonstrated that a single nationwide vote for president could find itself entangled in a number of state vote counting problems and discrepancies.  The Electoral College system relies on 50 different election results wherein vote counting problems can be narrowed down… and dealt with… in single states.

It notes that vote counting methods, differences in voting systems, allowances for “vote harvesting” in certain states, variations in voter ID requirements, differences in voter role maintenance efforts in different states, etc. could throw many state totals into question as attempts are made to meld votes into a single “national popular vote total” (wording within the proposed Compact).  The editorial alleges: “Faith in the credibility of the election would be undermined. American democracy would be in crisis.”  Read it HERE.

A new piece in The Hill on February 11 by retired lawyer/historian Tara Ross is headlined Anti-Electoral College activists hope for chaos.  She suggests that activists seeking use of a NPVIC are hoping a Supreme Court decision dealing with “faithless electors” will bring about “panic, discontent and outrage.  They hope that voters will be scared into giving them what they’ve always wanted: a constitutional amendment eliminating the Electoral College.”  Read Ms. Ross’ new piece HERE.