States That Are Recovering 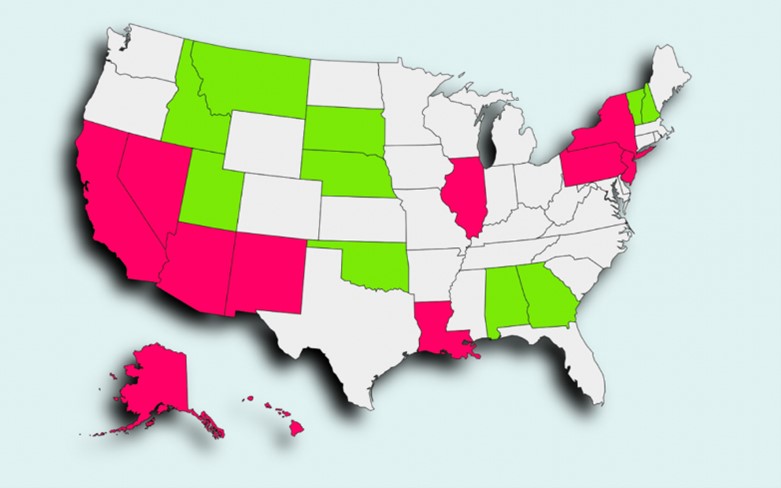 The 10 States Leading the Economic Recovery All Have One Thing in Common (And So Do the Worst Ones!)

The picture painted here is clear.

The economy continues to recover from the COVID-19 pandemic and ongoing government restrictions. But newly released Labor Department data show that the recovery isn’t equal across all 50 states and Washington, DC. Some parts of the US have almost or entirely returned to pre-pandemic unemployment rates—while others remain strangled in stagnation.

Here are the 10 states with the lowest unemployment rates as of July 2021.

Many different factors influence unemployment rates, but there’s one glaring thing these 10 states all have in common: Republican governors. Generalizing, GOP-led states had lighter government lockdowns on their economies and reopened sooner. So, too, except for Vermont, these states have all prematurely terminated the ongoing supplemental unemployment benefits that can pay unemployed households up to $25/hour. (More than what many workers made in their previous jobs.)

In stark contrast, here are the 10 worst states (counting Washington, DC) with the highest unemployment rates.

With the exception of Arizona, these states struggling with high unemployment all have Democratic governors (or mayor, in the case of DC). Generally speaking, they had longer and harsher government restrictions on their economies than the top 10 states. And, except for Arizona, all of these bottom-ranking states continued to offer residents expanded payouts to stay on unemployment benefits. (*Louisiana ended the benefits on August 3, but the unemployment rates are for July 2021, before this change took effect).

The picture painted here is clear.

States that harshly restricted their economies and continue to offer expanded welfare programs are trapped in a labor market coma. Meanwhile, free states that eschewed long-term lockdowns and welfare excess are leading the recovery. That’s no coincidence—and the principle here is worth remembering long after the pandemic.