As opposed to political and illogical court decisions like that of the 6-3 majority in Bostock v. Clayton County, decisions that leave readers scratching their heads, the Kavanaugh dissent is a waft of easy-to-read constitutional clarity.

Right away Kavanaugh asks, “Who decides?” What institution makes the laws? What happened to separation of powers? What happened to the ordinary meaning of words? It’s unfortunately a multigeneration problem with the scotus. Absolute power has a way of getting away. As illustrated in the 2015 Obergefell decision, based on wholesale abuse of the 14th Amendment, I suppose we should have expected this outcome in Bostock. Nonetheless, it is still a horrid jolt.

Title VII of the 1964 Civil Rights Act, itself a product of the 14th Amendment, prohibited discrimination on the basis of race, religion, color, sex, or national origin. Congress could have provided protections for homos, drag-queens and freaks, but it didn’t. It could do so today. In fact, the House and Senate in different congresses have passed bills to protect these people from intolerance. But, they couldn’t pass the same bills in the same congress and send them to Presidents Bush or Obama for their signature.

Kavanaugh supports non-discrimination of these people; he just doesn’t view the scotus as the proper vehicle. He referenced Federalist 78 in which Alexander Hamilton noted that courts exercise “neither force nor will, but merely judgment.” In a quaint throwback to Hamilton, Kavanaugh humbly says his role isn’t to make or amend law.

As enacted, Title VII did not prohibit bias on the basis of age, disability, or sexual orientation. Congress addressed, through laws signed by presidents, age and disability discrimination in 1967 and 1990 respectively.

Kavanaugh so much as charges the majority with tyranny when judges update or rewrite laws because, in their view, congress is moving too slow or is too frightened to do what is right. James Madison warned of this: “Were the power of judging joined with the legislative, the life and liberty of the subject would be exposed to arbitrary control.” If judges could (do what they just did), the judiciary would become a democratically illegitimate super-legislature, unelected and usurping the important policy-making power reserved by the Constitution to the people. I have to wonder if Bostock finally shocked Article V opponents into realizing scotus is just another political institution that serves its own purposes and not those of the people.

Some thirty judges in ten courts of appeal ALL said “no” to Bostock. Thirty out of thirty. But, scotus disagreed. It found that Title VII’s prohibition against sex discrimination, meaning hiring preference of one sex over the other, also encompassed sexual orientation since 1964. Who knew? 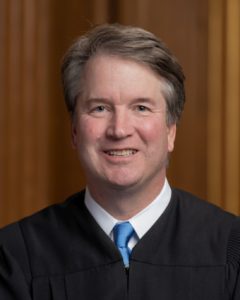 Next, Kavanaugh admonished the court for substituting “literal” meaning for “ordinary” meaning. Ordinary meaning is the decades-old standard in which courts interpret words according to their everyday, commonsense use. The rule of law and democratic accountability suffer when a court adopts a hidden or obscure interpretation of the law. Taken literally, a statute that bans vehicles in a park also applies to baby strollers. A “cold war” could mean wintertime war. In the ordinary sense, a stroller is not a vehicle, and in common parlance a cold war is a conflict short of open warfare. These are the commonsense uses the scotus discarded in Bostock.

The majority opinion prohibits employers from firing employees who self-identify as homosexual or as the sex they are not and never can be. A small business-person who owns, for instance, a toy store cannot fire some hairy guy in a dress and high heels who repels moms and kids from shopping. Oh. Thanks, Chief Justice Roberts.

Will Christian schools dare fire teachers or employees who identify as the opposite sex, cross-dress, take cross-sex hormones, and surgically disguise his or her sex? Not likely. Thanks, Associate Justice Ginsburg.

You send your precious daughter to college. She finds her dorm roommate is a guy . . . oops . . . a trans-female. Thanks, Associate Justice Kagan.

Of course, if your daughter excels in high school sports today, forget about a college sports scholarship tomorrow. Thanks, Associate Justice Sotomayor.

The Thing (my apologies to G.K. Chesterton) about the Left is that it doesn’t know when to stop. Perhaps better phrased, the Left cannot stop until they consummate their progress in gulags, concentration camps, or killing fields. The French Revolution and the German guy with a funny mustache arrived there quickly. The Russians took a bit longer but got cracking after winning a civil war. In republics and constitutional monarchies it takes longer because they have that rule of law thing. But the end is the same: state-imposed anarchy in which a few lawyers impose their societal diktats. In America it means either open acceptance and support of perverted and sick individuals who practice incest, infantilism, pedophilia, bestiality . . . or else.

This scotus decision is not a victory for the country or for freedom. If the actual purpose and meaning of the law doesn’t matter, then what does? When words mean nothing, rights mean nothing. It’s another tragic defeat for the constitutional separation of powers, self-government, morality, truth, speech rights, and religious liberty. (Emphasis added) Conservative Christians, you’ve been warned—again.1