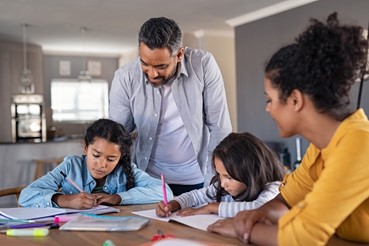 The shift has been enormous. By the fall of 2020, the overall number of homeschooling families doubled, Census data show. In the Spring of 2020, just over 5 percent of families were educating children at home. By the fall, homeschoolers grew to represent over 11 percent of all American households with school-age children.

According to Census.gov, the number of homeschooling families grew rapidly from 1999 to 2012, but remained relatively steady at around 3.3 percent for years. “However, the global COVID-19 pandemic has sparked new interest in homeschooling and the appeal of alternative school arrangements has suddenly exploded,” wrote the bureaucracy, which tracks population data and more.

Using a nationally representative sample of American households, the Census Bureau’s “Household Pulse Survey” compared data from the spring of the 2019-2020 school year with results from the fall of the 2020-2021. In late April and early May, about 5.4 percent of U.S. households with school-aged children reported homeschooling. By late September and early October, that number surged to 11.1 percent.

That enormous growth was an increase of 5.6 percentage points and a doubling in the number of U.S. households that were homeschooling compared with the previous school year. Because homeschool families are often larger on average than government-schooled families, the percent of school-age children being educated at home is estimated to now be well over the 11.1 percent — potentially 5 million children or more.

Just to be sure that families doing government school at home did not misreport, the Census included a clarification making clear that virtual learning through a public or private school was not to be considered “true homeschooling.” Experts said that means the surge in homeschooling may have been even larger than reported. Unfortunately no data from the bureau was available from before the pandemic.

In some states the population of homeschoolers became almost 10 times larger. Massachusetts, for instance, went from having just 1.5 percent of children being homeschooled to more than 12 percent in that short period. In Alaska, the number went from 10 percent to almost 28 percent. And in Oklahoma, the numbers went from about 8 percent to over 20 percent. Florida’s numbers also grew to almost 20 percent of families choosing to educate at home.

Self-described black Americans were far more likely to pull their children from government schools than any other group measured in the data. “In households where respondents identified as Black or African American, the proportion homeschooling increased by five times, from 3.3% (April 23-May 5) to 16.1% in the fall (Sept. 30-Oct. 12),” the Census Bureau revealed. Lower-income Americans were also more likely to pull their children out.

Analysts said more research would be helpful to understand the changes. “Future research will likely reveal what portion of those families who began homeschooling during the past year will continue on with it into the future,” wrote Dr. Brian Ray, who leads the National Home Education Research Institute. “If a significant portion stay with homeschooling, more noticeable changes lie ahead regarding public favor toward homeschooling and parent-led home-based education’s impact on individual children, families, and society.”

The news is not new. In fact, The Newman Report noted in September of 2020 that survey data from Gallup revealed a doubling in homeschool numbers. At the same time, this blog also reported in December that government-school districts across America were seeing catastrophic declines in the number of victims enrolled in their indoctrination centers, with some districts losing over 10 percent or more in one year.

Of course, government and government-school proponents want Americans to believe that the surge in home education is solely due to COVID-19. The reality is far more complex. One of the many things COVID did was expose for parents the madness and child abuse taking place in government schools, while at the same time showing parents the benefits and possibilities of homeschooling.

This article originally appeared at FreedomProject Media and is reprinted here with permission.