Progressive Thumb on the Free Market 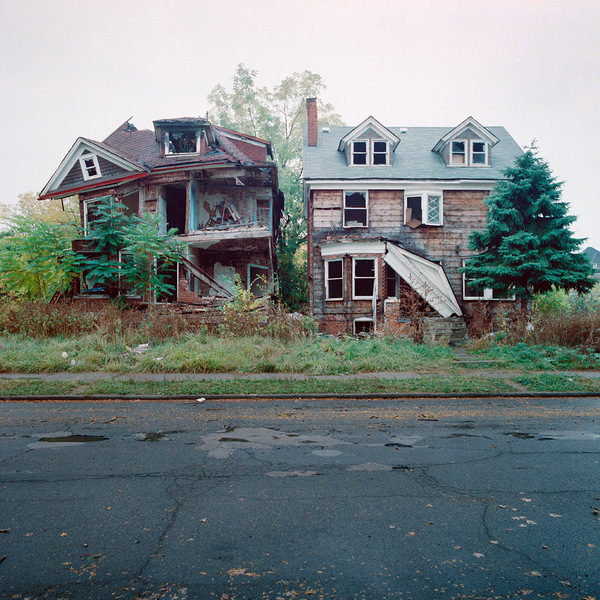 Oregon is poised to become the first state to enact statewide rent control. The Democrat-controlled state Senate is considering a bill to cap rent increases at 7 points above the annual increase in the consumer price index. Currently, that works out to about 10% a year. The bill also includes tenant protections, such as prohibiting no-cause evictions for anyone who has lived in a property for more than a year. Democratic Gov. Kate Brown supports the bill and says she’ll sign it.

For a state that prides itself on openness to creative policy solutions—mostly progressive ones—Oregon has an appropriate state motto: Alis volat propriis, or “She flies with her own wings.” But with statewide rent control, Oregon’s political leadership might be venturing a little too close to the sun. Virtually every mainstream economist, from Paul Krugman to Thomas Sowell, has condemned rent control as bad policy. Oregon’s problem isn’t rising rents. It’s the lack of affordable housing boosting prices.

“We have a lot of people that perhaps had moved here 15 years ago when rent prices were significantly less,” says Jim Straub, a developer and landlord in Eugene who is legislative director for the Oregon Rental Housing Association. “All of a sudden they see the market forces pushing up the rent prices.” They responded by supporting rent control.

Average annual rent increases in Portland, the state’s most populous city, hit 9% in 2016—the second highest of any housing market in the country, after Seattle. Since then, things have improved. Zillow reported earlier this month that rents in Portland fell 1.3% in 2018. The city’s construction of 15,000 new apartments since 2015 contributed to the decline.

Still, the state remains resistant to new development. Oregon adopted widely hailed “smart growth” policies in the 1970s, imposing “urban growth boundaries” around cities to prevent sprawl. The boundaries are supposed to include enough land to allow for years of additional growth, but local governments have been needlessly restrictive. This has artificially inflated the price of land within the boundaries. In 2010 consultant Wendell Cox surveyed the Portland urban growth boundary’s effect on property values. Land just outside the boundary was worth $16,000 an acre, versus $180,000 an acre for land “virtually across the street.”

On top of all this, Oregon has a red-tape problem that skews developer incentives. “Systems and development charges and permit fees for even a 500-square-foot unit in the city of Eugene right now are close to about $20,000 per unit,” says real-estate agent James St. Clair. “There’s no incentive to build small affordable units. Everyone’s building more-expensive luxury units so they can get a better profit margin.” Mr. St. Clair says he has been speaking out against rent control and other Oregon housing policies because the lack of affordable housing has contributed to acute homelessness in Eugene and Portland.

PTU has organized rent strikes and picket lines against landlords seeking rent increases and pushed the Legislature to adopt drastic rent controls. “Homegrown Oregonians tend to be white and racist,” she said during a 2017 television interview. “I think the faster they can get out of the landlord business, the better.”

The PTU imploded last year in parodic fashion. Ms. Black was forced to step down as a leader of the group for allowing, among other things, a PTU organizer to sing “This Land Is Our Land” over the objection of the group’s Native American racial-equity trainer. While that might seem absurd, PTU’s persistent agitation is largely responsible for making rent control a dominant issue in Portland politics. After veteran East Portland state Sen. Rod Monroe voted against rent control legislation in 2017, he faced a Democratic primary challenge from state Rep. Shemia Fagan. She made housing the centerpiece of her campaign and defeated him in the primary by nearly 40 points.

For now, the proposed law’s 10% rent cap and various carve-outs—it exempts properties built in the past 15 years—don’t have Oregon’s developers and landlords panicking. The Oregon Rental Housing Association remains neutral on the bill, and Mr. Straub says state legislators have reassured him they won’t let rent-control restrictions put landlords out of business. But Mr. Straub, a third-generation landlord, remains worried statewide rent control will become a one-way ratchet once it is established.

“I’m an active builder, developer, and investor, and for the first time ever, I went to my family and my wife and I said I think we ought to think about selling everything. We don’t do that bad in the stock market, the housing market’s great, and we ought sell out and reinvest,” he says. “We decided not to do that. But for the first time ever I had those conversations.”

Mr. Hemingway, a writer in Alexandria, Va., is originally from Oregon.■