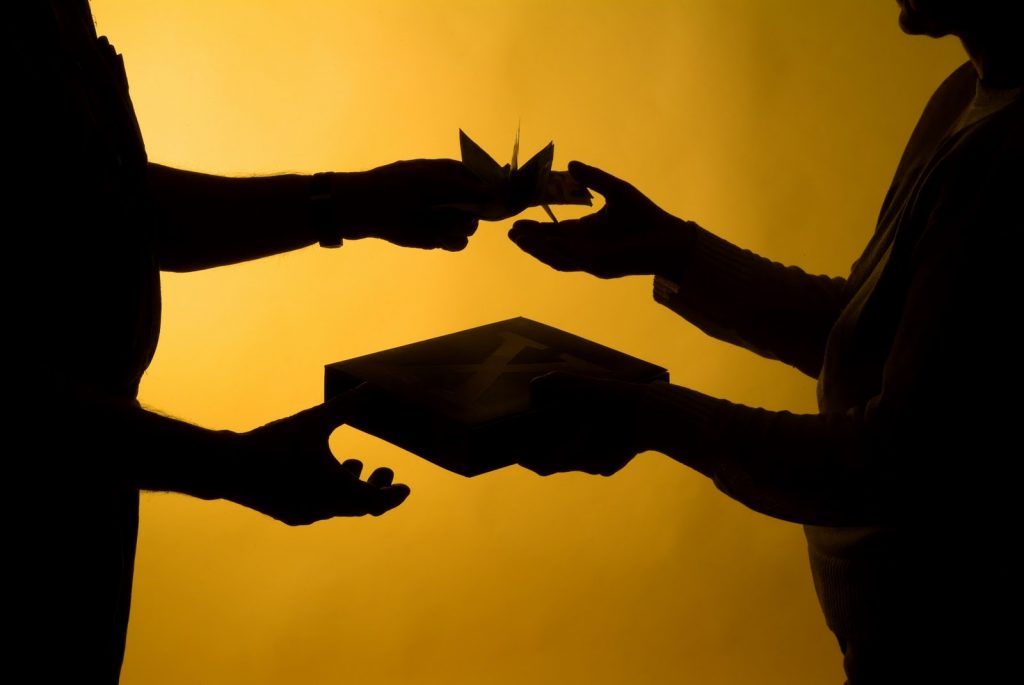 When the Market Meets Morality

Rev. Robert A. Sirico has spent decades defending capitalism from the left. Today the attacks come from the right too.

Like most parish priests, the pastor of Sacred Heart of Jesus Catholic Church has plenty to do keeping the pews full and his school afloat. But as co-founder and president of the Acton Institute for the Study of Religion and Liberty, the Rev. Robert A. Sirico has another, equally demanding ministry: preaching the virtues of economic freedom.

Father Sirico, 68, co-founded the think tank in 1990 with Kris Mauren. This was an era when liberation theology was in vogue, and the U.S. Catholic bishops were issuing pastoral letters heavy on government but light on liberty. The institute is named for Lord Acton (1834-1902), a towering British Catholic intellect whose two great causes were liberty and religion.

“It’s not just rah-rah for markets—or freedom,” Father Sirico says. “It’s to ask: What’s freedom for? And to answer that question, you have to understand what man is for.”

Like Acton in his day, Father Sirico and his merry band argue that political liberty and economic liberty are the guarantors of religious liberty. Markets are by definition social, Father Sirico says, and to succeed in the market requires being attuned to your customers’ needs.

As Adam Smith observed, “It is not from the benevolence of the butcher, the brewer, or the baker that we expect our dinner, but from their regard to their own interest.” It’s not exactly “Love thy neighbor,” but it does have the effect of helping others. Further, “people need jobs,” Father Sirico notes. “Jobs come from businesses. And businesses need the economic freedom and opportunity if they are to create them.”

This appreciation for what markets contribute is more than intellectual. As shepherd of Sacred Heart, he sees up close what economic liberty means for his mostly working-class parishioners. “It grounds me,” he says of his pastoral work. Today his congregation is more diverse than the Polish immigrants who worked the local gypsum mines and founded the parish a century ago, and Father Sirico appreciates that only a few will ever be entrepreneurs. But when businesses are thriving and his parishioners can get good jobs, their dreams become reality, whether it is buying a home or sending their children to college.

When he became pastor in 2013, he says, the school was dying. In his own burst of entrepreneurship, he refounded it as a classical Catholic academy. Today enrollment at his school has more than quadrupled since he took over, growing faster than other schools in the diocese over the past few years. He adds that a market-oriented reform such as school choice would be a “game-changer” for the working families in his neighborhood.

Hostility to markets, of course, is not new. Intellectuals like the idea of a society rationally organized by centralized planners rather than left to individuals who lack expertise. Many on the left believe capitalism is rooted in greed and exploitation. But these days critiques of free markets also come from the right.

Some conservative critics see capitalism, and especially international trade, as devastating for once-prosperous American communities. Others echo the worries of liberal sociologists such as Daniel Bell (1919-2011), who argued that capitalism carried the seeds of its own destruction, because prosperity stimulates appetites and undermines virtues on which capitalism itself depends.

The latest complaint concerns “woke capitalism,” in which business—especially big tech—uses its market power to stifle traditional views. Examples include Mozilla’s ousting of executive Brendan Eich for having opposed same-sex marriage, Disney and Netflix’s threats to boycott Georgia for its tough antiabortion law, and Nike’s yielding to Colin Kaepernick and discontinuing an American flag sneaker.

Father Sirico answers each critique. On the idea that international trade destroys prosperous manufacturing towns, the Brooklyn-bred priest points to his adopted hometown as a counterexample. For most of the 20th century, Grand Rapids was the furniture capital of the world. Then came new competition, first from woodworkers in North Carolina, then from China.

“Of course markets can have disruptive effects,” Father Sirico says. “But that disruption can be positive or negative. It can also be disruptive in a positive sense when people are successful in providing a higher standard of living for a broader group of people.” Grand Rapids and the surrounding area remain headquarters for several leading steel-furniture makers, its economy has diversified, and Forbes ranks it one of the 10 fastest-growing metropolitan areas in the U.S. Downtown is filled with cranes and nary a boarded-up store, and its industries range from craft beer to the international multilevel-marketing giant Amway.

As for the argument that foreigners “steal” jobs from Americans, Father Sirico points to the other side of the equation. “It’s good for peasants who are living at subsistence wages and breaking them out and letting them to begin to have more choices in their lives,” he says. “The pastors in these provinces in China are looking at their people prospering from trade and they are saying, ‘Thank God for this.’” To Father Sirico’s ear, the complaint that desperate people are “stealing” jobs from Americans is an odd thing to hear from Christians.

What about the view that wealth is morally corrosive? “For so much of the world’s history, people struggled just to survive,” Father Sirico says. “Now the moral question is what to do in the midst of abundance. I suppose one answer is to eviscerate abundance.”

He thinks market critics make a fundamental mistake in understanding capitalism in purely materialistic terms. Start with the caricature of the self-maximizing individual concerned only with profit: “It seems that the minute you’re prosperous, you’ve sold out.” He concedes that markets have to be about more than making money and expanding choices. They require a “telos,” a sense of higher purpose—of how human beings should use their freedom. That depends on the realization that not all choices are morally equal.

On the flip side, he laments what he calls the “timidity” of businesspeople when it comes to defending themselves morally. But he says they’re not entirely to blame. “Businesspeople are alienated from the moral voice. They don’t have a moral understanding of what it is they are doing,” he says. “So then when they act just on what they do know—business—they get hammered for not having this moral sense. But who created that alienation? I think a lot of the religious leadership.” Clergymen often fail to appreciate the good commerce does for society—then, after denouncing business as greedy, put out their hands for donations when they have a project that needs funding.

He sees woke capitalism as an overreaction to the ridicule and intolerance that sexual and other minorities endured when the dominant culture was more traditional. If he’s right about this, he says, eventually there will be another, opposite reaction: “Woke capitalism is a trend that will ultimately immolate itself because of its increasingly obvious intolerance.”

He acknowledges the problem of large social media plat forms banning or otherwise suppressing conservative voices. Critics see this as market failure. Ordinarily, if you don’t like how a company treats you, you simply take your business elsewhere. But what’s a realistic alternative to Facebook?

Father Sirico isn’t prepared to give up on market solutions. He notes the history of companies and industries that looked monolithic and invincible—the Big Three television networks, IBM, local taxi monopolies—only to have their entire businesses upended by upstart rivals, seemingly from nowhere. “Market innovations before they are made always seem impractical,” he says, “and after they’re made they seem like, ‘Oh, I could have done it.’”

Above all, he worries that government would be an even worse instrument than corporations for promoting traditional values. He cites a 2017 debate hosted by the King’s College in New York. His opponent, First Things editor R.R. Reno, was outlining the ways he would use the state to promote the values he and Father Sirico shared. Father Sirico told Mr. Reno his big mistake was to assume that if the government ever were to set up a panel to define the common good, he’d be on it.

“He thinks it would be run by people like us,” Father Sirico says. “I think it’s going to be Nancy Pelosi.”

His broader answer to the challenge of woke capitalism echoes Pope John Paul II. In his famously pro-market 1991 encyclical, “Centesimus Annus,” John Paul wrote of three spheres of human endeavor—political, economic and cultural—and said that if we are to have a moral economy, it would have to be tempered less by government than by a healthy moral culture. In other words, while laws are necessary, societies cannot be regulated into preferred social outcomes. These depend more on a healthy culture.

Many corporations, Father Sirico acknowledges, now promote values antithetical to Christianity. But why wouldn’t we expect business to reflect society’s dominant values? That’s the challenge conservatives, especially religious conservatives, need to address. “It’s a tall order,” he says, “but we are culture builders. And one of the tools in the toolbox is capitalism—to form our people to compete well in the market, and to execute, to have confidence in what they are doing.”

Lord Acton is best known for an aphorism: “Power tends to corrupt, and absolute power tends to corrupt absolutely.” Father Sirico says his own favorite line from Acton is his description of liberty as a “delicate fruit of a mature civilization.” It needs constant cultivation, and that requires culture thick with free institutions, including religious ones, that understand man in all his human dimensions. “The answer isn’t to head to the hills,” Father Sirico says.

“The answer is a simultaneous liberality in our economy and vigor in our moral stances.”

Mr. McGurn is a Journal columnist and member of the editorial board.