No Safety in Silence 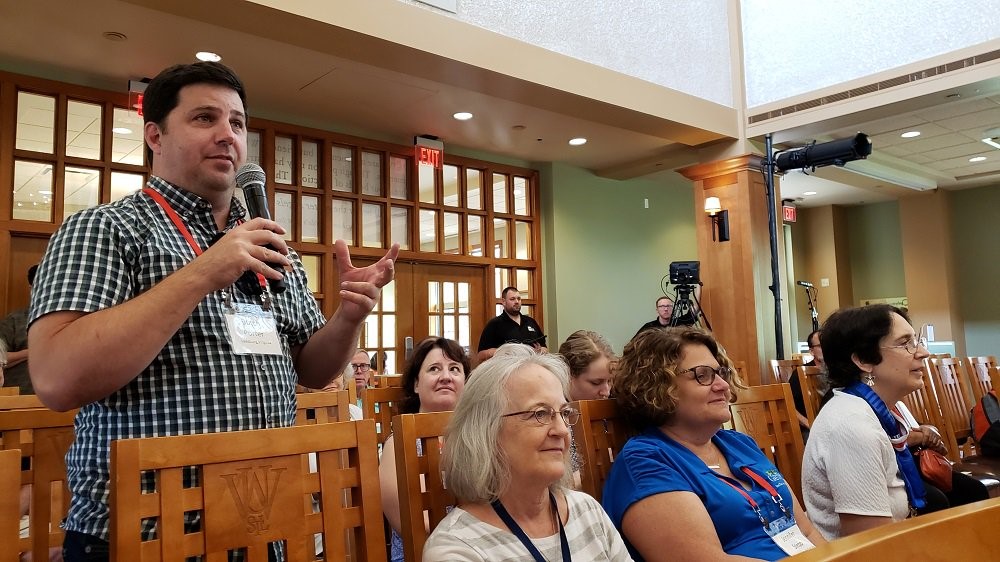 There is no safety in silence today. This is a blessing in a way. If you know you cannot stay silent, you now are faced with a choice. Will I speak the truth as best I can see it, or simply join in the shouting of the crowd?

Silence is golden. Only, however, if it is the right kind of silence. Silence in the face of personal attacks or public crusades may be wise.

Our collective guppy-like span of attention means that for many causes du jour or even du moment it is often best to simply say nothing and wait it out. Many of them are silly and will be revealed to be so immediately.

But silence in the face of many of the persistent causes of our time is not wise nor good for the body politic. For many years now people of good will have been content to remain silent in the face of many causes they find destructive, thinking that they will be able to simply wait out the ideological fevers.

This silence has been destructive. Failure to speak encourages those pushing causes one finds destructive to continue to think that their ideas are simply unanswerable. I have no illusions that we live in an era in which rational argument holds much weight with the mob. We would all love to imagine that a solid argument breaking down the foolishness of our age would have power to convince others.

Alas, as Christopher Dawson observed more than a half-century ago, we live in an unphilosophical age. And even that part of it that is philosophical is sufficiently imbued with the clouded intellect accompanying original and actual sin to be confused in the face of clarity and, all too often, angry when the light is seen through the clouds. Yet despite all that, all of our action is done both under the gaze of eternity and with the awareness that our actions may only bear fruit in a future conspicuous for our long absence. We speak out not merely for our own minute but for possible ages to come. For the enemies of reason will always be shouting out to the crowd that no one can think a certain way. When you argue for your side you indicate that not only can one think thus but that you have done so yourself.

By breaking silence, you do not merely give others reasons for thinking in reasonable ways. More importantly, you give others courage to speak out themselves. Those who shout out that no one can think this way are not really giving an argument so much as a warning: You will be alone if you think this way. You will be even more isolated if you dare to raise your head up and say no.

It is easy to see why many of us are silent. Silence has heretofore been a kind of safety. The old dictum that “in silence is consent” persuades us to think that maybe we can “pass” if we simply remain silent. The older practice of regarding as bullies people who force others to say “uncle” even when they did not want to wrestle in the first place makes us think that we can win by not entering the ring, by staying above the fray.

Alas, people today do not know much about old dictums. Nor do they believe that anyone should be allowed to give way gently in the public sphere while still keeping to his or her conscience. The reality today is that the old-fashioned notion of a conscience is simply not accepted.

Conscience relates to what ought to be done here and now according to one’s understanding of the still, small voice that is nevertheless the echo of the Divine Voice. Without that understanding of the Divine Voice, there is no tolerance even if the watchword is “tolerance.” The revolutionary spirit is among us, and silence is treated as “violence.”

One cannot simply not join in the conversations of the day and expect to be let alone. One must repeat the phrases. One must offer the pinch of incense—and a healthy pinch at that—or face the prospect of “being canceled.”

No, there is no safety in silence today. This is a blessing in a way. If you know you cannot stay silent, you now are faced with a choice. Will I speak the truth as best I can see it or simply join in the shouting of the crowd? The latter way is the loss of your soul and a greater triumph of the violence of noise in the society in which you have been placed. The crowd always loves to shout, “Crucify, crucify.”

So do not stay silent. Do not shout. Calmly speak the truth about the issues of the day, whether they be about race or sex or—what I think is the most important one for our present moment—class. You can acknowledge the difficulties in race relations without resorting to strange theories about the evils of “whiteness.” You can accept that there are still problems in modern policing without speaking nonsensically about “defunding the police.” You can have sympathy for the difficulties of those with gender dysphoria without accepting the notion that being a man or a woman is simply a matter of what one feels. You may well lose people you thought were friends. You may find that your mobility is no longer upward as it once was. Your public voice may even be canceled.

The still, small voice of conscience will never be canceled. And the silence that follows acting upon it is truly golden.