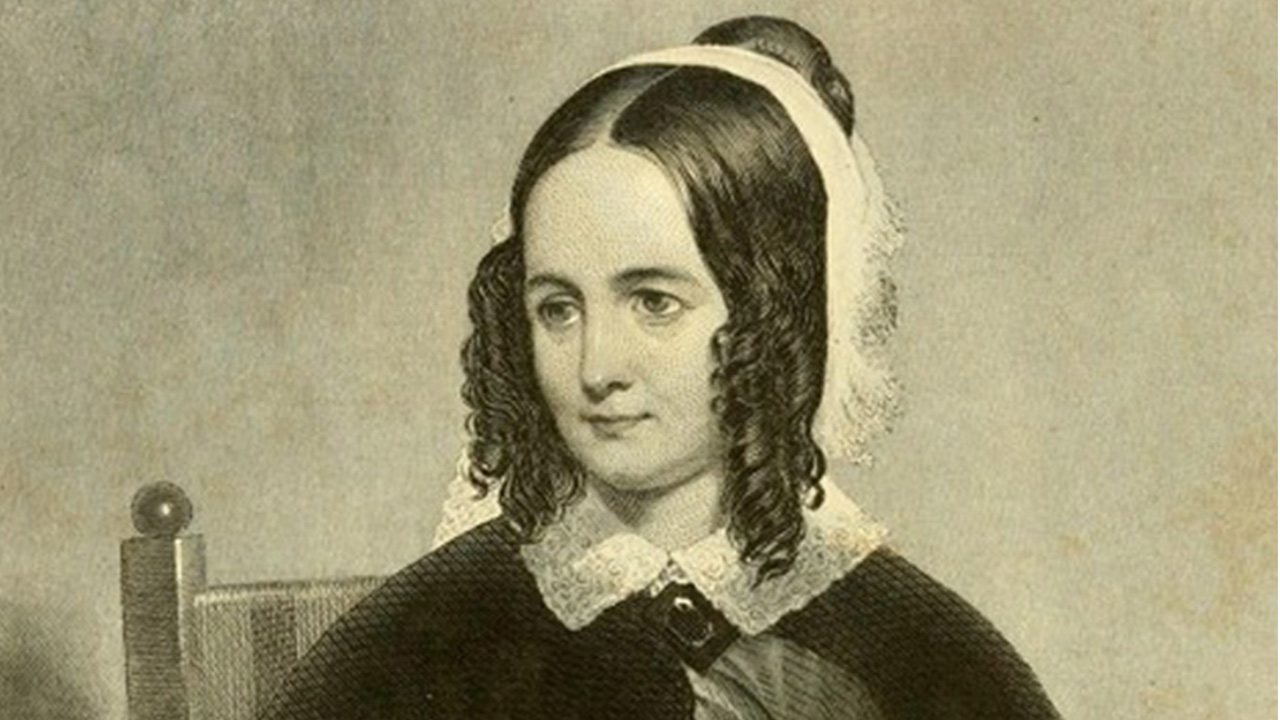 This Day in History: Sarah Josepha Hale, the “Mother of Thanksgiving”

On this day in 1788, the “Mother of Thanksgiving” is born. Sarah Josepha Hale wore many hats during her lifetime. She was a writer and a poet. She raised money for the Bunker Hill Monument and helped save Mount Vernon. She was “Editress” of Godey’s Lady’s Book. She was a widow who raised five children. She is credited with writing the much-loved nursery rhyme, “Mary Had a Little Lamb.”

Yet she is perhaps best known for her efforts to establish a nationally recognized Thanksgiving Day.

As early as 1827, Hale was writing of the New England tradition that she had enjoyed throughout her life. Her book, Northwood; a Tale of New England, devoted pages to the idea and provided descriptions of a “Thanksgiving dinner surrounded by a large family” with “roasted turkey” and “innumerable bowls of gravy and plates of vegetables.” “We have too few holidays,” she would conclude in a later edition of Northwood. “Thanksgiving, like the Fourth of July, should be considered a national festival, and observed by all our people.”

Thanksgiving was an opportunity for showing gratitude, of course, but it was also a time for coming together and unifying Americans. At a time of increasing division between North and South, such a goal was obviously important.

By then, Hale was “Editress” (her term) of Godey’s, and she used the position to lobby for her idea. November issues of Godey’s brimmed with recipes, short stories about Thanksgiving, or even direct appeals for the holiday. Hale knew that she would need to convince individuals and states first. A national mandate would come only when a critical mass of states was on board.

Thus, one of Hale’s early editorials noted that Thanksgiving might “be observed on the same day of November, say the last Thursday in the month, throughout all New England.” Other states would soon follow, and it “would then have a national character.” A decade later, Hale noted that New Hampshire was celebrating Thanksgiving and hoped that “every governor in the twenty-nine states will appoint the same day—25th of November—as the day of thanksgiving! Then the whole land would rejoice at once.”

“We are already spread and mingled over the Union,” she later concluded. “Each year, by bringing us oftener together, releases us from the estrangement and coolness consequent on distance and political alienations . . . . How can we hate our Mississippi brother-in-law? and who is a better fellow than our wife’s uncle from St. Louis? . . . Wherever we may be, it is a good and pleasant thing to feel that we look at the same stars, pray to the same God, and hold high festival of gratitude at the same hours throughout the broad land that He has so blessed!”

Unfortunately, Hale’s efforts would prove too little, too late. Civil War broke out mere months after she wrote those words. Yet she refused to give up. She’d been writing elected officials, along with her editorials. Now she would approach President Abraham Lincoln, too.

On September 28, 1863, Hale wrote the President, urging him to declare a national Thanksgiving. Lincoln’s first Thanksgiving Proclamation was issued mere days later, on October 3. Would Lincoln have acted, even without Hale? There’s no way to know, but many credit her influence for prompting his decision.

It would be many more years before Congress finally endorsed the idea of a national Thanksgiving Day. But Lincoln had opened the door, at Hale’s urging. And Thanksgiving soon become a staple of American life.