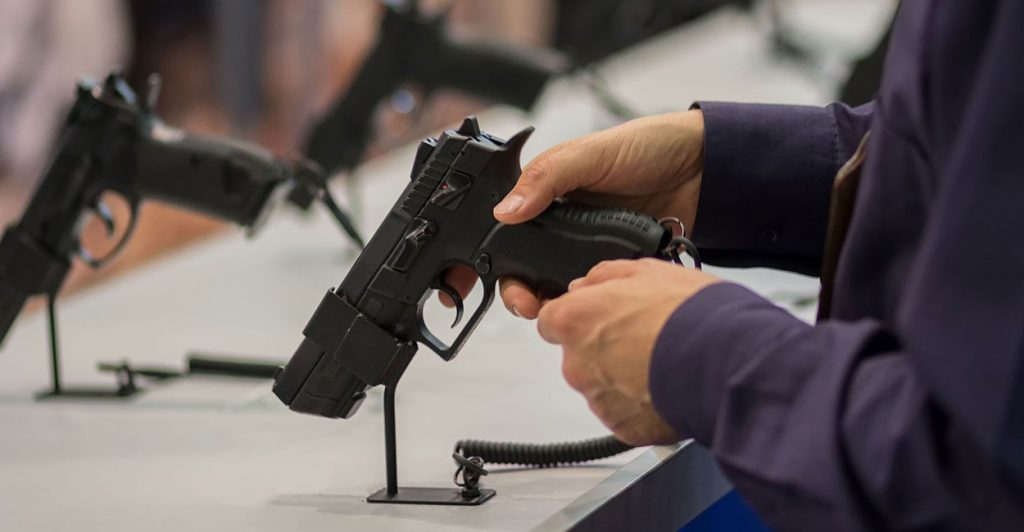 Does Gun Control Reduce Murder? Let’s Run The Numbers Across The World

After I thought about it, I realized the question of whether reducing guns in a society will lead to fewer murders is a testable hypothesis.

Watching the recent emotional speeches and marches supporting gun control, I can’t shake a question that nags me: Would we be safer with fewer guns?

Gun control advocates have an intuitive argument. Guns are an efficient way to commit murder. If we reduce the number of guns in society, we axiomatically will reduce murders.

Reducing gun violence is a desirable goal, particularly when one sees shooters mowing down children. After I thought about it, I realized the question of whether reducing guns in a society will lead to fewer murders is a testable hypothesis. You can measure gun ownership and murder rates. No two countries have the same gun laws or the same murder rates.

So I jumped on Wikipedia to answer a question: Do countries with higher murder rates have more guns, and vice versa?

This question can be evaluated in a ratio: the number of legally owned guns per 100,000 versus the number of murders per 100,000. According to the theory, the ratio should be relatively stable. So countries with fewer guns will have fewer murders (a small number divided by a small number) and a country with more guns should have more murders (a big number divided by a big number).

I took the countries with the 100 highest murder rates. I added to the sample countries that compare to the United States culturally such as European countries, Australia, Japan, etc. I deleted countries for which I could find no gun ownership stats or countries that were small or obscure. My profile looked at 98 countries, or a pretty solid slice of all the countries in the world.

America is by far the country that owns the most guns per 100,000. In America, there are actually more guns than people. Our murder rate is much higher than that of our European counterparts. So far, the gun control hypothesis seems to be holding up.

But guns in America are very unlikely to be involved in murders. Our ratio of guns to murders is 20,696 guns privately and legally owned for every murder. Not every murder involves a gun. But the gun-control hypothesis suggests guns still make murder easier and more common.

The murder capital of the world is El Salvador. El Salvador has done a relatively good job rounding up legal guns. There are only 5,800 guns per 100,000 residents (compared to over 101,000 in America), yet El Salvador’s ratio of guns to murders is a staggering 53. Every year, there’s a murder for every 53rd gun in El Salvador.

The countries that have been most successful at limiting private, legal gun ownership are 1. Ethiopia, 2. Eritrea, 3. Haiti, 4. North Korea, and 5. Rwanda. Ethiopia, Eritrea, and Haiti all have higher murder rates than that of the United States. North Korea and Rwanda have slightly lower murder rates (4.4 and 4.5 per 100,000 respectively versus the United States at 4.88).

Let’s look at the countries with the highest concentrations of gun ownership (excluding Yemen and Iraq as active war zones). Guns per murder in those countries are,

Norway is a particularly interesting example. It has 10 times the gun ownership rate of the United Kingdom, but only half the murder rate.

It really doesn’t matter how you slice this data. The conclusion is inescapable: High concentrations of private, legal gun ownership do not correlate positively to increased murders. Indeed, you can look at almost any slice of data and conclude the opposite: Higher private ownership of guns can be strongly correlated to lower murder rates.

The data also exposes some myths I have heard about gun control. For example, I’ve heard activists tout Australia, which supposedly banned all guns. Australia has advanced a number of gun control measures over the years. Nevertheless, according to the data, Australia has a rate of private ownership of guns of 13,100 per 100,000 and a murder rate of .98.

Countries with both a low rate of private gun ownership and a low murder rate exist, but they are clearly data outliers. These include the Netherlands (3,900 guns per 100,000, for a murder rate of .61) the United Kingdom (6,200 guns per 100,000, for a murder rate of .92), Japan, and Portugal. Places like Norway, Austria, Switzerland, and Germany overwhelm those examples because they all have high rates of gun ownership and enviable crime rates.

An owner of a private legal gun in America measures as one of the most responsible in the world.

This isn’t a perfect study. I didn’t take the effort to include every country in the world, and I did skip many Asian countries. Nevertheless, it’s worth considering why so many countries that have relatively successful programs of limiting private lawful ownership of guns are so dangerous and why countries with such high rates of private gun ownership are relatively safe. Even in a place like the United Kingdom, where the gun control seems to be effective (with a low murder rate of .92 per 100,000), it’s arguable that the UK’s peer countries such as Germany and Austria have had more success controlling crime in spite of allowing greater freedom of gun ownership.

The ratio of murders per gun works as a decent measure for how responsible a country’s citizens are with their firearms. Measured in this light, an owner of a private legal gun in America measures as one of the most responsible in the world. A gun in America is 387 times less likely to be used in a murder than in El Salvador. Even in Japan, which has one of the lowest murder and gun ownership rates in the world, there are ten times as many murders per gun than in America.

Before U.S. governments makes anything illegal, it should be demonstrated that gun restrictions will have the desired effect. The perverse effect of increasing murder rates by reducing private gun ownership has been demonstrated in numerous studies. Places like Chicago, Washington DC, and New York have repeatedly experienced unintended consequences of aggressive gun control laws.

When marchers scream to ban guns, they’re pushing to make America more like El Salvador (1 murder for every 52 guns), Ethiopia (1 per 53), Honduras (1 per 88). All of these countries have succeeded in limiting gun ownership even if they can’t keep their citizens safe. The numbers are clear: murders are less common when the victim might be armed.

Adam Mill works in Kansas City, Missouri as an attorney specializing in labor and employment and public administration law. He frequently posts to millstreetgazette.blogspot.com. Adam graduated from the University of Kansas and has been admitted to practice in Kansas and Missouri.