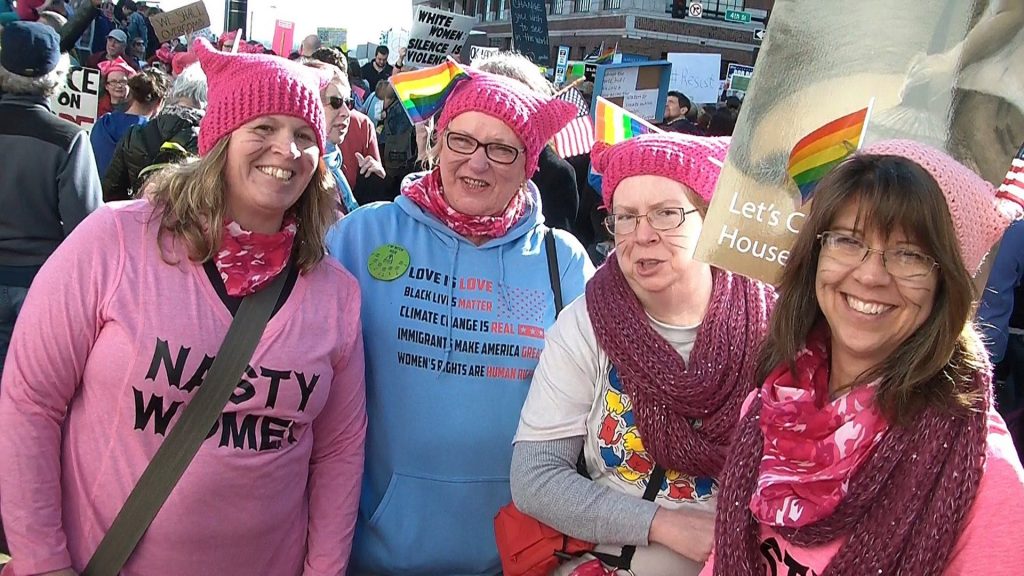 The Christian Roots of #MeToo

Historian Tom Holland argues both sides of the culture wars share similar theological assumptions—including the dignity of women, which he traces to St. Paul.

Mike Pompeo and William Barr both came under attack this week for speeches on religion. The secretary of state’s talk, delivered on Oct. 11 to the Association of Christian Counselors, was titled “Being a Christian Leader.” The same day, the attorney general addressed the Notre Dame Law School on the dangers of “militant” secularism.

These displays of piety from members of the president’s cabinet startled many cosmopolitan observers. Historian Tom Holland was not among them. He argues that the increasingly secular West remains as locked into Christian assumptions as it has ever been—and that Christianity is the most revolutionary cultural force in history.

Mr. Holland, 51, is a celebrated historian of the ancient world, and his latest book makes these arguments at length. Titled “Dominion: How the Christian Revolution Remade the World,” it will be published in the U.S. on Oct. 29. In his native Britain, it came out last month with a notably different subtitle, “The Making of the Western Mind,” in which any reference to religion was omitted. British editors, he says, “are more prone to worrying that the mention of Christianity on the cover of a book will frighten the horses.”

In contrast with some of his cabinet members, President Trump is not a pious man. Mr. Holland calls him “easily the least Christian president that the U.S. has ever had.” Yet some of his most loyal supporters are evangelical Protestants. In March the Christian Broadcasting Network asked Mr. Pompeo if he thought Mr. Trump had “been raised” like the biblical Queen Esther “to help save the Jewish people from the Iranian menace.” Mr. Pompeo’s answer: “As a Christian, I certainly believe that’s possible.”

Second, Christians “have always seen a tracing of God’s finger in the events of the world.” Mr. Pompeo’s language, Mr. Holland says, “is marinated in a distinctively Protestant take on world affairs that wouldn’t have been unfamiliar to Oliver Cromwell.”

This worldview reaches back much further than the Reformation. “It was there in the writings of Eusebius” in the fourth century: “The first great historian of the church, he similarly saw the Roman Emperor Constantine as a man raised up to fulfill divine will.” Mr. Holland suggests that Mr. Pompeo’s beliefs are rooted in a “distinctively biblical understanding that history isn’t just one damn thing after another—that God’s purpose is manifest in the rise and fall of empires.”

All this, Mr. Holland says, fuels the left’s contempt for evangelical Christians. But in a country “as saturated by Christian assumptions as the United States,” he says, “America’s culture wars are less a war against Christianity than a war between Christian factions.” Progressives, after all, often insist they’re on the right side of history.

The premise that America’s culture wars pit Christians against those who have “emancipated themselves” from Christianity is, to Mr. Holland, “a conceit that both sides have an interest in promoting. The fact that one is branded as Christian and the other isn’t doesn’t mean that both aren’t deeply Christian. . . . Liberals, too, when they survey the world, view it through a prism that has been fashioned out of Christian glass.”

Mr. Holland is a provocative historian, with an array of sometimes eccentric extracurricular interests. He fights for the protection of endangered hedgehogs. He has joined forces with archaeologists and druids to campaign against a proposed road tunnel that would run almost directly under Stonehenge. In his spare time, he plays cricket and fusses over dinosaur fossils, often in the wilds of Wyoming. In his book, he recounts his boyhood rejection of God, occasioned by the giant lizards’ extinction: “Why, if he were merciful and good, had he permitted an asteroid to smash into the side of the planet, making the flesh on the bones of dinosaurs burst into flame, the Mesozoic seas to boil, and darkness to cover the face of the earth?”

I meet him in his house in Brixton, a gentrifying part of London where a Cambridge-educated white man would not have lived 25 years ago. Back then even I—a native of India—would have drawn suspicious looks from the people on the street, who would have been Afro-Caribbean. On this day, I stroll to see Mr. Holland from a nearby pub that had not a single black customer. When I tell Mr. Holland this, he is inclined to apologize, as if guilty about all the change around him.

The first of Mr. Holland’s six books, “Rubicon”(2003), was on the Roman Republic, and he describes it to me as “holding a mirror up the United States in the age of 9/11.”In 2012 he published “In the Shadow of the Sword,” about the origins of Islam, in which he argues that much of what Muslims have traditionally believed about Muhammad and the Quran were myths. A British TV movie based on the book prompted death threats from Salafists.

A book on Christianity is unlikely to imperil his life in quite the same way. But it may make him unpopular with the left—particularly his contention that the #MeToo movement is inherently Christian.

It is, however, “a very, very culturally distinctive assumption.” In ancient Rome, for instance, “the essence of being a male citizen was that you had the right to penetrate pretty much anyone who was not a citizen, or the wife of a citizen, or the chattel of a citizen.” In that world, the “sexual binary” was not between men and women but between those who had power and those who lacked it.

Christianity changed sexual morality altogether, beginning with St. Paul. He inherited from Jewish scripture the idea “that God creates man and woman, and that this, not power, was the sexual binary.” Paul refined this further by saying that the relationship between man and woman mirrors the relationship of Christ and the church. So if a man raped a woman, “that was a sacrilege against the Church and against Christ,” Mr. Holland says. “Paul imposes a sense on Christians that the human body is something that is sacral, and cannot just be penetrated and used, as was generally taken for granted in the Roman world.”

A further refinement to sexual morality had “incalculable consequences,” Mr. Holland says. Paul made sex “the focus of his anxieties.” The Old Testament condemns men sleeping with men, but not women sleeping with women. The categorical notion that homosexuality is wrong doesn’t appear in Jewish scripture, or in Greek or Roman literature or law. “It’s something that Paul comes up with,” Mr. Holland says, “in a throwaway comment in his Letter to the Romans.”

Mr. Holland is now quite animated, and his narrative fast-forwards to the 1960s in America, where Martin Luther King invokes the traditions of American Protestantism by “summoning white American Protestants to a recognition of their own faults, because fundamental to Christianity is that all humans are created equal in the image of God.”

The civil-rights movement was deeply and overtly Christian—but as the movement for rights expanded to include women and gay people, Mr. Holland says, it became “divorced from Christian Protestant doctrine because of a tension with traditional Christian teaching.” Gay-rights activists and feminists “can’t and won’t do what King had done, which is to speak to American Protestants in the language of prophecy,” Mr. Holland says.

Yet “both sides were indebted to Christian assumptions.” As a Christian may speak of being awakened, a progressive describes himself as “woke”—meaning, in Mr. Holland’s words, that he is “someone who knows what is right, who campaigns for justice. He recognizes that there’s a hierarchy in which those who are the first will be the last, and the last shall be first.” That’s the essence of Christ’s teaching, but because progressives have “come to see Christianity itself as hegemonic, Christianity itself is condemned.”

In the 1960s, that meant a condemnation of Christian morality as repressive. “People consciously looked back,” Mr. Holland says, “to the pre-Christian age of Ancient Greece and Rome.” Along with gains for women came “the message for men that you don’t have to put up with repressive Christian morality—you can just have sex with whoever you like. It’s cool and free, and you’re not a prude.”

Christian morality is demanding, “and in the 1960s the stays were loosened. Men suddenly got a glimpse of what life would be like without this sexual morality.” They became, in a sense, Roman again. St. Paul seemed passé.

‘What’s happening with #MeToo,” Mr. Holland says, “is essentially an attempt to reimpose that Christian sexual morality.” He notes that women who go on #MeToo marches often dress as fertility slaves from “The Handmaid’s Tale,” Margaret Atwood’s dystopian satire of Christian moralism. Although this costume is designed to convey a rejection of patriarchy, Mr. Holland regards it as a “call to return to a Puritan America. They’re demanding that men in America today behave as Puritan men had done, that they respect the bodily integrity of women.”

That sums up what Mr. Holland calls “the paradox that lies at the heart of the culture wars in the West, and particularly in America. It’s that although it seems to be a war between Christians and post-Christians, it is actually part of an ongoing civil war that has always been present in Christianity.”

Posted in #MeToo,Feminist,NOW and tagged Opinion