Is the Fed Trying to Kill the Trump Economy? 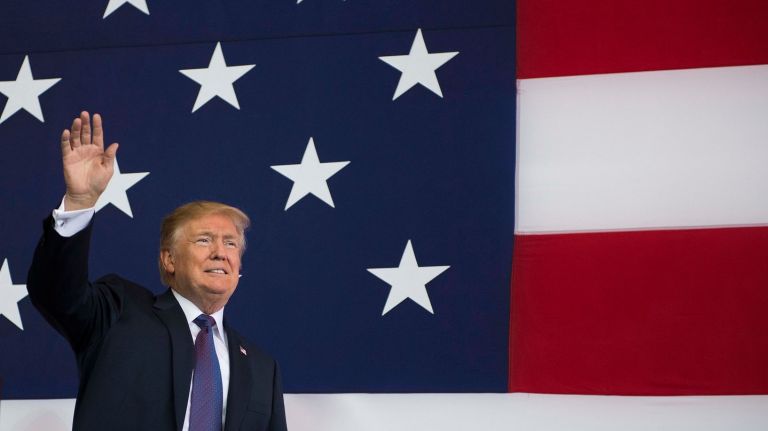 William McChesney Martin, the ninth and longest running Chairman of the Federal Reserve, said “The Federal Reserve … is in the position of the chaperone who has ordered the punch bowl removed just when the party was really warming up.” Rudi Dornbusch, the German economist who worked for most of his career in the United States, was more blunt: “None of the U.S. [economic] expansions of the past 40 years died in bed of old age; every one was murdered by the Federal Reserve.”

Is the sharp selloff in stocks following the sharp rise in interest rates last week signaling the death throes of the longest-running bull market in history, to be followed by similar expiration of the 112-month long economic expansion? On Tuesday, October 2, the key financial instrument followed by most observers — the U.S. 10 Year Treasury Note — was yielding 3.06 percent, just slightly above its yield over the previous couple of weeks. Three days later, the yield had jumped to 3.26 percent, triggering the selloff in stocks. The day after the Treasury note bottomed, the Dow Jones Industrial Average (DJIA) was closing in on 27,000. By Friday, October 5, it had lost 500 points. The decline picked up where it left off on Monday, and by Thursday last week, it was down 1,700 points.

Is this the beginning of the end? Is this the death knell for stocks and bonds, administered by the Fed in the name of taming “inflation?” As Investor’s Business Daily (IBD) editorialized, investors in stocks and bonds “knew that the growth-averse Fed will now almost certainly raise rates in December. Before [the sudden avalanche of good news about the economy] it was only considered a possibility.”

Fed Chairman Jerome Powell is being less than forthright about raising interest rates. The Fed has been slowly pressuring the bond market in its program of selling off its vast horde of maturing U.S. securities, forcing the bond market to absorb more than $170 billion of them in just the last year. The market, in adjusting to this new supply, raises interest rates to compensate (i.e., when the supply of something increases, demand decreases). While investors have been focusing on Powell’s remarks, many failed to look behind the curtain at how his bank was already setting the stage for the rise in interest rates that only became obvious last week.

Whether he intends to kill the economy or just throttle it down remains uncertain. What isn’t uncertain is his timing: Just a month before the midterms, the economy which should redound to Republicans’ benefit is now being questioned. The headlines are delivering the message that Powell wants delivered: “Is the Stock Market Going to Crash?” asked Mark Skousen. “Here’s Why the Stock Market is Dropping — and What You Should Do About It Now” shouts Money Magazine. “Stocks are Sliding: Here’s How to Protect Your Portfolio From a Crash, According to Experts” provided by Money. Forbes screamed: “Why Stock Markets Crash” while Fortune magazine explored the rubble from the bursting bubble: “The Stock Market Cleaned Out Billionaires in the Past Week: Here’s Who Lost the Most.”

Commentators rolled out the usual culprits for the selloff: trade “tensions” with China, rising oil and gas prices, slowing global growth, and so on. But in order to stop the economy there have to be fundamental reasons, not just frothy headlines. Is growth slowing? Is unemployment climbing? Are earnings declining? Patrick Kaser, managing director and portfolio manager at Brandywine Global, got it right: “All the leading indicators that would point to a recession in the next year just aren’t there.”

So, why are interest rates rising? Give credit to economics professor Dr. Stephen Kirchner at the University of Sydney to explain how the free market works, if it is allowed to: “Rising real [inflation-adjusted] interest rates are not a surprise given the current strength of the US economy. What is surprising [to Keynesians] is the lack of inflationary pressure flowing from that strength.” Translation: Interest rates are the price of money, and when the demand for money — for investment purposes, for bonuses, for salary increases, or for increased contributions to pension plans for employees — increases, so do interest rates. As the demand for money grows, the price of money increases. Said Kirchner: “All the [upward] movement has been in real interest rates, with the US 10-year yield adjusted for inflation rising above 1.00% for the first time since 2011.”

To confirm the Fed’s fraudulent claim that it’s working to “tame inflation” came the August PCE (personal consumption expenditure) rate that the Fed claims drives its decisions. The PCE for August was  — wait for it — 1.3 percent annualized. And when the volatile food and energy prices were excluded, PCE inflation for August was 0.4 percent!

The Fed has the power to murder. It also has the power to deceive. As The New American has reported, there are some clouds forming on the economic horizon, but none of them are sufficient to rain on Trump’s economic parade. Only the Fed can do that.