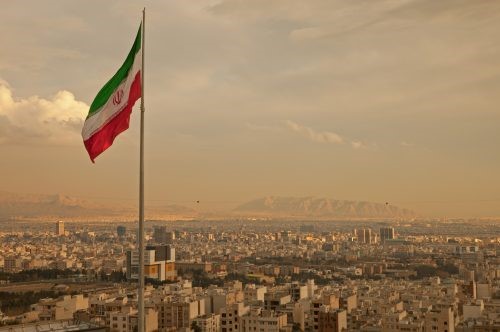 As Iran’s Threat Rises, Where Are the Europeans?

In late 2019, Americans are overwhelmingly concerned about only one foreign policy issue: Iran obtaining nuclear weapons. Notably, Americans strongly prefer a non-military solution, but understand a military solution may be necessary. The real question is – where are the Europeans?

On December 29, after a series of Iranian-backed attacks on locations with US personnel in Iraq and Syria, the US advanced a twin strategy. State imposed new sanctions, part of a “maximum pressure” campaign, and the military struck five Iranian Hezbollah sites in Iraq and Syria.

Big picture, Iran is testing the Western alliance. Throughout 2019, Iran and terror-dispensing surrogates shot down a US drone, mined and attacked international shipping in the Gulf, struck a Saudi refinery, armed promotors of civil war in Yemen, Syria and Iraq. As such, Iran is an unrivaled sponsor of global terror.

The unreported irony is in recent data. Iran’s leaders are struggling to maintain an accelerated nuclear weapons program, international terror projection and order at home – albeit brutally.

Iran is under pressure from Trump’s economic sanctions – a non-military way to compel Iran to abandon nuclear weapons and international terror, or flip the unpopular, oppressive regime.

The right next step would be for the European Union – if they want a non-military way out of this darkness – to join the Trump Administration and impose economic sanctions, rather than continuing to profit from robust trade with this dangerous, oppressive, terror-dealing state – possibly forcing a military solution.

Here is key data. According to a November 2019 Hill-Harris poll, 84 percent of American voters are “concerned about Iran obtaining nuclear weapons,” a bigger number than concerned about North Korea, China, Turkey or any other foreign policy issue.

Ironically, while European leaders criticize America – and strenuously resist military force to blunt Iran’s nuclear weapons advance – they refuse to join the US in sanctions against Iran.

Thus, while the US has minimal trade with Iran – providing medicines and basic life-preserving aid, the EU feasts at the Iranian troth – supporting internal repression, enabling finance of international terrorism and accelerating Iran’s push to nuclear weapons.

Numbers tell the story. According to reported data, “the EU is Iran’s largest trading partner,” chased only by China and the United Arab Emirates. Moreover, the EU is supporting Iran’s bid to join the World Trade Organization, no preconditions. The moral hypocrisy is profound.

The EU has devised a special “instrument in Support of Trade Exchanges,” allowing EU trade with Iran to skirt US sanctions, even advancing the idea – to spite the United States, support Iran or justify its own behavior – of “urging Chinese and Russian counterparts to do more to support economic ties with Iran.” The EU – same states as NATO – is dead set against the US.

The irony, of course, is profound. If Iran acquires nuclear weapons, they are likely to be used swiftly, directly or as a blackmail across the Middle East and hitting ballistically reachable targets, before even turned on the US. Europe would be a big loser, and in short order.

If used in the Middle East against Saudi Arabia, Israel, Syria, Iraq or another other nation, the refugee outflows to Europe would be enormous – unprecedented. The requirements of NATO states to respond would be enormous. If used against the EU, outcomes would be catastrophic.

The right answer, right now – even before this time – is for EU countries, if not China and Russia, to join the US in applying “maximum pressure” through non-military sanctions to halt Iran’s push to nuclear weapons, sponsorship of terror globally, and human rights violations.

This logical answer, which would forestall or eliminate the need for tactical or strategic use of military responses by the US or NATO to halt Iran’s nuclear weapons, terror and brutality, is unified sanctions, the EU joining the US in holding Iran accountable.

Unfortunately, the EU is disunified, inconsistent and short-sighted. The EU appears more interested in opposing US leadership, indulging economic appetites, and justifying themselves through alliance with oppressive China and Russia – than stabilizing the future with sanctions.

The most recent uptick in US sanctions, instability inside Iran, and need for tactical strikes to stop Iranian attacks on US personnel and allies mean just one thing: This is the time for EU egos and appetite to retreat, EU nations to join the US in a non-military approach to stopping Iran’s malignant behaviors.

The real question is – where are the Europeans? If they want a non-military resolution to expanding Iranian disorder, threats and destabilizing behaviors, this is the time to join the United States. That said, do not count on it. EU egos, profits and resistance to US leadership run deep. Iran’s destabilizing pursuit of nuclear weapons and terrorism can be stopped, and most Americans want it stopped – probably most European voters – but EU leaders must step up.

Posted in Europe,Iran,Iraq,Syria,Terrorism,us and tagged Opinion