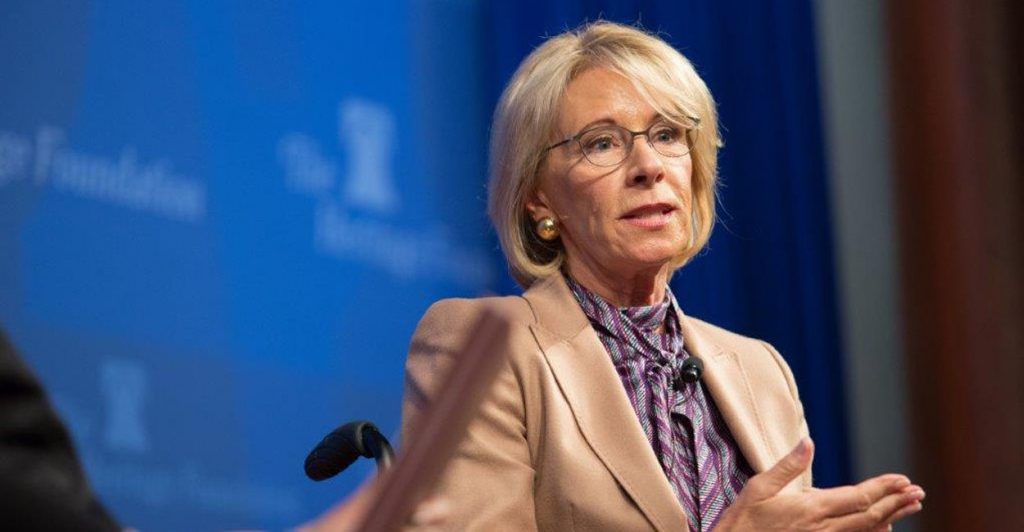 Nationally, only one-third of students in the fourth and eighth grade reached proficiency in math and reading.

Across the country, math and reading scores have continued a years long stagnation, with students largely showing no progress in academic achievement.

Often referred to as the Nation’s Report Card, the assessment tracks the progress of students in the fourth and eighth grade on reading and mathematics achievement, releasing those findings every other year.

Just one-third of students in the fourth and eighth grade reached proficiency in math and reading nationally.

Harvard professor Paul Peterson writes that “in the first decade of the 21st century, white, black, and Hispanic student performance was on the rise, but in the second [decade], those gains have ground to a halt, with even hints of decline in reading.”

For students who are among the lowest 10% of performers on the National Assessment of Educational Progress, their scores have dropped significantly since 2009, as Brown University professor Susanna Loeb points out.

Ten points on the national assessment is the equivalent of roughly one grade level worth of learning. That means, as Chingos observes, that eighth-graders are reading at a level “comparable to their counterparts of 10-20 years ago.”

With a few exceptions—including in school choice leader Arizona—eighth-grade math scores for children with special needs saw major declines, as this chart from Ladner shows:

Notably, most of the states that saw gains in this area—Arizona, Florida, Georgia, Mississippi, Oklahoma, and Tennessee—have education choice options, specifically for children with special needs.

So, what’s to be made of this great stagnation?

Taxpayers have spent some $2 trillion on K-12 education programs at the federal level, with a specific goal of narrowing achievement gaps between children from low-income families and their more affluent peers.

These policies, launched as part of President Lyndon Johnson’s Great Society push, have failed to move the needle on improved education options for students, as these newest scores further demonstrate.

The achievement gap in the United States is as wide today as it was in 1971. The performances on math, reading, and science tests between the most advantaged and the most disadvantaged students differ by approximately four years’ worth of learning, a disparity that has remained essentially unchanged for nearly half a century.

Federal per-pupil K-12 education spending has quadrupled in real terms since the 1960s. The policies and programs launched by the Johnson administration as part of the War on Poverty have not helped students, and neither have more recent federal policies promulgated by officials in Washington.

As my colleague Jonathan Butcher and I write in “The Not-So-Great Society”:

What is to be done? In education, the first step to improving the quality of pre-K, K-12, and postsecondary learning options is a bold one: eliminating Washington’s involvement.

Education in the U.S. should return to its roots from the earliest days of the republic, when parents had a central role in choosing how and where their child learns …

From the Great Society to No Child Left Behind to the Common Core national standards advanced under the Obama administration, Washington’s intervention in education has been a failure for students and taxpayers alike.

Lindsey M. Burke researches and writes on federal and state education issues as the Will Skillman fellow in education policy at The Heritage Foundation. Read her research.