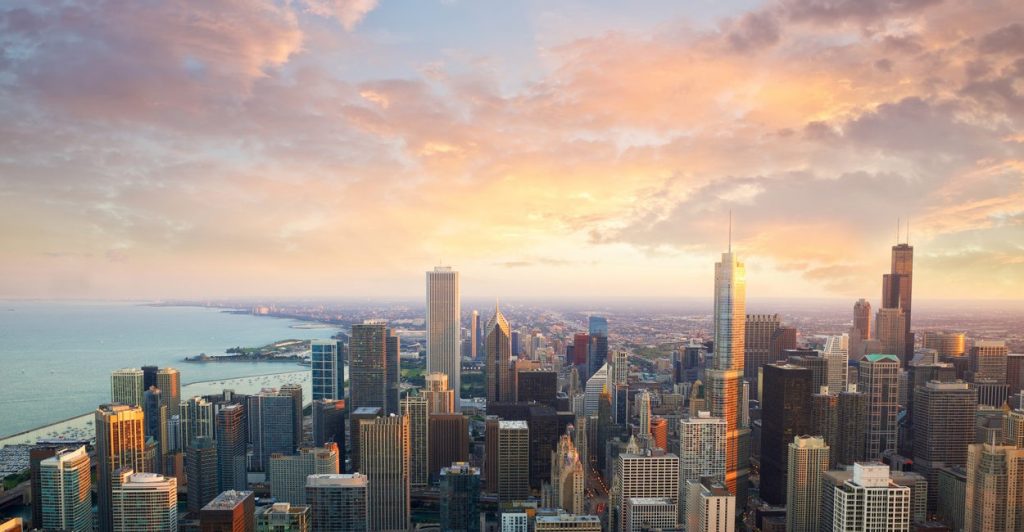 And don’t give away your freedoms because of propaganda

Liberals and Democrats want us to believe climate change will hurt humanity.

That is a hoax, pure propaganda.

In recent weeks the United Nations Climate Action Summit, the Youth Strike 4 Climate and the Democrats’ Climate Town Hall have grabbed the headlines. But this is a concerted action of liberals and socialists hoping to convince Americans to give up our rights and our free market economy for more and more regulation and government control under the guise of climate control.

And it appears to be working.

An August Quinnipiac University Poll now “says 56% of registered voters nationwide believe climate change is an emergency.” Low-information voters appear to believe what the media tells them at face value without any real investigation. The poll states that roughly 75% of people ages 18 to 34 and 84% of Democrats believe climate change is an emergency.

Some wisdom, understanding and knowledge can be found in the 81% of those who identify as Republicans who say it is not.

As usual, the poll sampled more democrats (34%) than republicans (29%) — independents (28%) — even though a January Gallup poll shows more Americans (35%) have conservative leanings than liberal beliefs (26%). Independents (45%) are moderate, 28% conservative and 22% liberal.

[Related: Group of 500 Scientists To UN: Climate Change Is Not a Crisis]

Climate Change Is Not New

Climate change is not new.  It has been going on for 4 billion years. The last ice age buried much of the northern hemisphere at higher latitudes in a mile of ice. The last ice age ended 12,000 years ago — a blink in geological time.

To pretend climate change is a new threat and a danger to life on earth is a hoax. Actual science tells us not to panic.

Life has thrived through ice ages and when CO2 levels were 20 times higher than today. Man’s intelligence and ability to learn — and the freedom to share and act on good information — allow us to adapt to all types weather and climate.

Liberals have painted the CO2 emitted when fossil fuels are used – oil, coal, and gas — as the enemy.  But those who actually study and understand science know that we humans exhale CO2 as a byproduct of breathing in and using oxygen.

The claim is that increased CO2 in the atmosphere will increase temperatures to the point it will harm the environment, humanity and even the earth.

Climate change believers say this is an existential threat, or imminent threat, that we must deal with now.

But temperatures have only increased roughly 0.8˚ Celsius since 1850, according to a 2017 article from the Hoover Institute written by David R. Henderson and Charles L. Hooper. They claim the computer models used to predict global warming are “Flawed Climate Models.”

One reason is measurement error found in older instruments and techniques which Patrick Frank has calculated to be a “95% confidence interval is 0.8˚C ± 0.98˚C.”  That’s from 1856–2004. Frank is a scientist at Stanford University.

So the margin of error is just as large as the warming claim.

But the biggest problems with computer models are the sun and clouds.

The models do NOT measure the sun’s output or the affect of clouds.

What? That should destroy any confidence in computer models and predictions of global climate change.

It is a fact that the sun’s output changes. It is not constant and science is still trying to learn those cycles.

Water vapor, too, is equally hard to calculate because it is not a constant and can range anywhere from a trace amount up to 4% of the mass of air depending on location. The warmer the air the more water vapor that it can hold.

According to the Yale Climate Connection, water vapor is a greenhouse gas and “represents around 80% of total greenhouse gas mass in the atmosphere. Water vapor and clouds account for 66 to 85% of the greenhouse effect. That is a lot.

CO2 in the atmosphere is measured at roughly 400 parts per million. That is very small.

Author and commentator Mark Levin compares the atmosphere to a stadium with about 10,000 people in the stands. Carbon dioxide would represent only about 4 people. But only 1 person has been added to the 4 over the last 100 years to represent, perhaps, the CO2 energy added through burning of fossil fuels.

Over the long history of time, CO2 in the atmosphere was some 20 times higher than present values 500 million years ago.  “It dropped, then rose again some 200 million years ago to 4-5 times present levels — a period that saw the rise of giant fern forests–and then continued a slow decline until recent pre-industrial time,” according to Carbon Dioxide through Geologic Time at http://earthguide.ucsd.edu.

But the media and the climate change believers misrepresent the truth – they lie – and say that CO2 levels have reached levels “never seen in the entirety of human history.”

Emphasizing part of the truth — “never seen in human history” — is dishonest and a scare tactic.

Humans have only been around about 200,000 years. Bacteria life on earth is believed to have started 3.5 to 4 billion years ago.

CO2 levels have been much higher — 7000 ppm, or 18 times higher than today, during the Paleozoic Era about 250 million to 540 million years ago.

One of the greatest explosions of life on earth occurred during the Cambrian Period, 540 million years ago.

The scare of extinction, droughts and fires with higher CO2 levels is another big lie.

Higher CO2 levels will actually mean a moister, greener, and a better earth for humanity, according to Geologist Gregory Wrightstone.

Wrightstone is the author of Inconvenient Facts: What Al Gore Doesn’t Want You to Know About Climate Change, which lists 60 inconvenient facts to counter the climate change crowd with undeniable truths using charts, figures, government sources and peer-reviewed publications.

Wrightstone told a House of Representative panel in March that warming is a natural process and started at the end of the last ice age well before industrialization.

“Earth and humanity have benefited greatly from what’s been called the long, slow thaw,” he said.

A Record of Failed Past Predictions

Lastly, anyone who has been alive for the last 40 to 50 years will remember all the failed past predictions and lies that have been told.

The Competitive Enterprise Institute recently published an extensive piece listing many of these failed apocalyptic predictions starting in the 1960s using actual photos of newspapers and magazine articles. Predictions included dire famines; a new ice age, dead oceans, acid rain, ocean-level rises that would submerge New York’s West Side Highway, ice caps melting away to nothing, and children who won’t know what snow is.

This great piece can be found at https://cei.org/blog/wrong-again-50-years-failed-eco-pocalyptic-predictions

And, contrary to what the climate change lairs want us to believe, there aren’t more droughts and deserts — the earth is getting greener. According the BBC, satellites sensors over the last 30 years show “significant greening of something between 25% and 50% of the Earth’s vegetated land.”

The bottom line is that the endless negative news on climate change is meant to scare people into supporting bigger government and more regulations and to forsake our freedoms and our free market economy. The goal is to demonize fossil fuels and whip up emotions to change our economy and the very nature of our country.

We have been lied to constantly. The science is not settled. Past predictions have been wildly wrong. The climate models are flawed. CO2 is not a pollutant, but necessary for life. CO2 levels have been much higher in the past. Water vapor is far more prevalent as a greenhouse gas. There is no direct correlation between CO2 levels and temperature. The warming planet is natural occurrence after an ice age.

Liberals, climate change believers and the many Democratic candidates for president want us to give up our present lifestyles, stop using fossil fuels, stop eating meat, to impose more freedom killing regulations and to spend trillions of dollars we don’t have and on their unproven beliefs. In other words we should give our freedoms and all power to Big Government.

Those changes could destroy our free market economy, and leave us incapable of adapting to any natural climate change that might lie in Earth’s future.

Fossil fuels are the engine of every economy and have been the very foundation of most improvements in our way of life. Fossil fuels have been the salvation of mankind, created uncountable wealth and opportunity across the world, and saved billions of lives.

Renewable energy has a long way to go. Wind, solar, etc. accounts for less than 17% of energy consumption in the U.S.

It is hard to even imagine life without planes, cars, trains and trucks, or electricity at double or triple the costs, or the government controlling every aspect of our lives down to choosing what we eat.

Before cars, city streets were filled with horse dung. Before kerosene, whales for oil to light lamps were hunted to near extinction. Before trains it was almost impossible to move meat and groceries to markets in the cities.

It wasn’t government regulations and government control that brought about those transformative life-style changes, the betterment of society and the lasting improvement to the human condition.

That is driven by freedom – freedom of choice and the free market.

It is a simple exercise in what works best — government force or freedom.

The Real Record on Emissions Reductions

The Paris Climate Accords are the latest example of using regulations and laws to reduce CO2. But carbon emissions still went up 1.6 percent to 33.4 billion metric tons in 2017.

The U.S., under the direction of President Trump, withdrew from the Paris agreement, the latest scheme to get us to swallow climate change measures.

But CO2 emissions by the US decreased by more than 42 million tons, according to a 2017 study reported by American Enterprise Institute (AEI). That was the biggest reduction in the world.

The switch from coal to natural gas, because of fracking, has reduced “emissions (which) are now the lowest they have been since 1985,” according to the U.S. Energy Information Administration (EIA).

Robert Villella 24 years experience in newspapers, magazines and book writing; multiple awards by AP for Best Investigative Reporter in Ohio; a student of conservatism since reading “Free to Chose” by Milton Friedman in 1980.