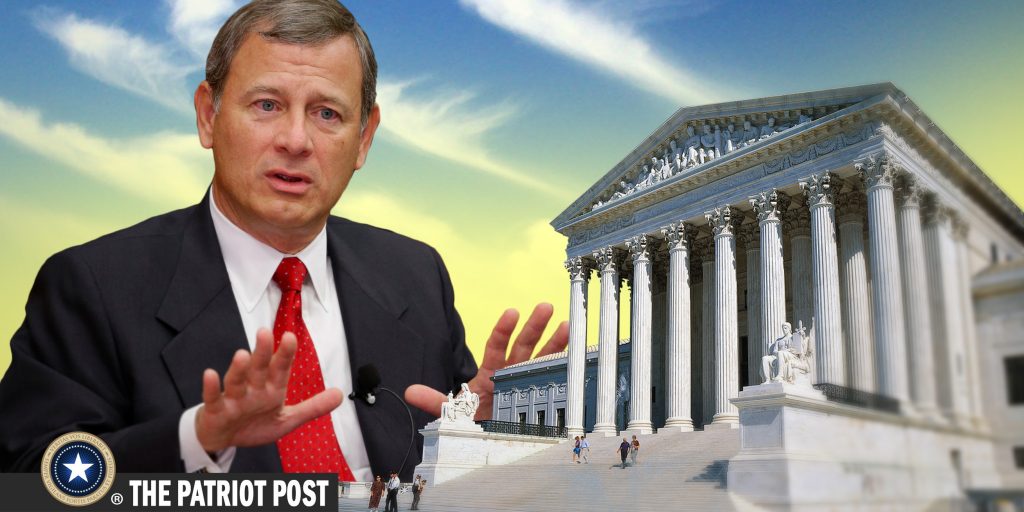 In denying the special importance of religious freedom in American life, the recent Supreme Court decision has only facilitated the ongoing removal of religion from the public square.

The United Pentecostal Church contended these limits violated their congregants’ freedom to practice their faith and exhibited a bias against churches since other businesses, such as abortion clinics, liquor stores, and pot dispensaries, could reopen without similar constraints.

According to Roberts, these limits, made to slow the spread of the Wuhan virus, did not violate people’s First Amendment right to worship freely: “Although California’s guidelines place restrictions on places of worship, those restrictions appear consistent with the Free Exercise Clause of the First Amendment.”

Roberts never bothers to explain how this is true, important because an order to limit church capacity necessarily “prohibits the free exercise of religion” directly stated in the First Amendment. He simply moves past this absurd claim and maintains that other activities involving large gatherings face “similar or more severe restrictions,” as though this obvious point demonstrates why stripping people of their fundamental rights is acceptable.

Roberts further retreats from the question at hand when he shifts the debate from the constitutionality of church restrictions to whether the courts have any right to determine “when restrictions on particular social activities should be lifted during the pandemic.” True enough, the court should refrain from engaging in scientific debates concerning the effectiveness of lockdowns, but it is responsible to examine the constitutional questions brought on by these lockdowns. By deflecting, Roberts is essentially saying, “Who am I to judge?”

Unlike Roberts, Kavanaugh actually explains this, exposing the government’s double standard in trusting secular businesses to “adhere to proper social distancing and hygiene practices,” while dictating the terms of religious practice because it “assume[s] the worst when people go to worship.” While so-called experts have proposed that churches could readily facilitate virus spread through close proximity for extended time periods, as well as projected speech and singing, the vast majority of churches have been fastidious in adhering to CDC guidelines for the safety of their congregants and communities.

As in other politically progressive states, California’s government has used COVID-19 safety precautions as a way to marginalize religious believers and denigrate churches’ value to civic life. Although framed within the context of the virus, this decision could easily set a precedent for religious persecution. Citing this decision, politicians hostile to religion can now use a crisis to shut down religious freedoms.

This doesn’t have to be limited to public health. Just as governors might claim churches are hotbeds for disease, they can very well claim they are also hotbeds of civil disobedience, bigotry, climate catastrophe, or any other social pathology. If safety replaces freedom as the government’s main priority — and for progressives, it most certainly has — many governors and mayors will see it as their duty to take action against those who dissent ideologically, even more than those who loot stores and set buildings on fire.

Church Is More than a Social Activity

As with any court case, the devil is in the definitions. To justify California’s restrictions against religious exercise, Roberts defines religious practice as a social activity like any other rather than a fundamental freedom explicitly protected in the Bill of Rights. Just like some people enjoy hiking and watching the sunset, other people like going to church and singing cheesy hymns.

Defined as a mere lifestyle devoid of absolute claims, religion loses its very purpose for existing in the first place: to bring meaning to people’s lives. Through divine revelation and theology, religion answers fundamental questions of where mankind originates, where it’s going, and what it should be doing right now.

Far from being an activity like any other, religious devotion is the prime activity that informs all others. Without it, life becomes like that of Sisyphus spending eternity in the underworld, endlessly pushing up a boulder only to see it come back down again. All work, entertainment, and relationships are various forms of distraction from the dark nothingness that lies beyond.

S0 long as churches are shut down and religious practice is redefined as a dispensable, nonessential activity, the social goods that come from it — community, productivity, and personal discipline — will start to dissolve.

Unfortunately, in denying the special importance of religious freedom in American life, the recent Supreme Court decision has only facilitated the ongoing removal of religion from the public square. In response, people of faith should fight all the more for their right to worship and congregate once more.

The relentless fear campaign from the media and the prolonged absence from church has lulled many believers into numb compliance and helplessness, leaving the door open for rioters and demagogues. All these problems can only be solved when Americans go back to church, recover the freedom stolen from them, and fight the good fight against the evils threatening the world today.

Auguste Meyrat is an English teacher in the Dallas area. He holds an MA in humanities and an MEd in educational leadership. He is the senior editor of The Everyman and has written essays for The Federalist, The American Conservative, and The Imaginative Conservative, as well as the Dallas Institute of Humanities and Culture.

Posted in anti-religious,CA,covid-19,SCOTUS and tagged Opinion