A Guide to Liberty 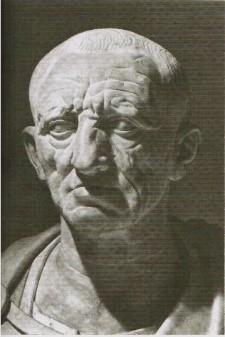 Cato’s Letters: A Guide for Maintaining the Principles of Liberty

“Good governors do not consider their people their prey.”

One of the most serious issues we face today is how citizens can hold those who win elections accountable, “to maintain and expose the glorious principles of liberty, and to expose the arts of those who would darken or destroy them.”

One useful place to turn is the source of the quote—Cato’s Letters, by John Trenchard and Thomas Gordon, which first began appearing in 1720 in the London Journal, reflecting the ideas of John Locke.

Its arguments against oppressive government and in support of the splendors of freedom…frequently served as the basis of the American response to the whole range of depredations under which the colonies suffered.

With all the campaign promises to remake government, and the far more frightening promises to have government remake us, “Cato’s Letter 38: The right and capacity of the people to judge of government,” is particularly important.

“The world has…been led into such a long maze of mistakes, by those who gained by deceiving, that whoever would instruct mankind must begin with removing their errors.”

“[Liberty is] but little encouraged…there being…oppressors and deceivers mutually aiding and paying constant court to each other. Wherever truth is dangerous, liberty is precarious.”

“Most of those who manage [government] would make the lower world believe that there is…difficulty and mystery in it…which…is direct craft and imposture: Every ploughman knows a good government from a bad one…whether the fruits of his labor be his own, and whether he enjoy them in peace and security…the principles of government…lie open to common sense, but people are generally taught not to think of them at all, or to think wrong of them.”

“What is government, but a trust committed…to [those] who are to attend upon the affairs of all, that everyone may, with the more security, attend upon his own? A great and honorable trust; but too seldom honorably executed; those who possess it having it often more at heart to increase their power, than to make it useful… therefore a trust, which ought to be bounded with many and strong restraints… Every violation…ought to meet with proportional punishment…because indulgence to the least faults of magistrates may be cruelty to a whole people.”

“Good governors…do not consider their people their prey.”

“Ill governments…[are] enemies to private property…There will be but little industry where property is precarious.”

“Honesty, diligence, and plain sense are the only talents necessary for the executing of this trust; and the public good is its only end: As to refinements and finesses, they are often only the false appearances of wisdom…the arts of jobbers in politics…playing their own game under the public cover.”

“Public ministers and public enemies have been the same individual men.”

“Every private man…has a concern in [government], because in it is concerned…his virtue, his property, and the security of his person: And where all these are best preserved and advanced, the government is best administered.”

“He who says that private men have no concern with government…is saying that people ought not to concern themselves whether they be naked or clothed, fed or starved, deceived or instructed, and whether they be protected or destroyed: What nonsense and servitude in a free and wise nation.”

“In truth, our whole worldly happiness and misery (abating for accidents and diseases) are owing to the order or mismanagement of government.”

“It is the eternal interest of every nation that their government should be good; but they who direct it frequently…find their own account in plunder and oppression.”

Cato’s Letters was widely echoed by America’s Founders seeking to defend their liberty. And after decades of inflation in the degree of government intrusions at the expense of our liberty, it returns us to the essence of good government—“whether the fruits of his labor be his own, and whether he enjoy them in peace and security.”

It also brings us back to citizens’ central role in the process, including in the voting booth—preventing further assaults against our rights and liberties.

Gary M. Galles is a professor of economics at Pepperdine University. His recent books include Faulty Premises, Faulty Policies (2014) and Apostle of Peace (2013). He is a member of the FEE Faculty Network.

Posted in cato,freedom,liberty and tagged History