In August, 2019, the New York Times began driving an ill-conceived propaganda campaign surrounding the year 1619, when slavery first came to America in the Jamestown, Virginia colony.

It is that year, argues the Times, that defines our national character — not the iconic 1776.

The Times has already won a Pulitzer prize for 1619, so it joins the Times’ Holocaust- and Ukraine-Famine-denying reporting, both of which won Pulitzers and now live in journalism infamy forever. Those prizes have never been recalled or returned.

So congratulations, New York Times — you did it again!

With their new prize as a stamp of credibility, the Times is now ramming this America-hating 1619 vision into K-12 and college curricula. Should Americans accept that?

I argue we should not.

If the Times wants to go back that far in search of our national character, it is the Year 1623 that they should be featuring. It was in that year that the Pilgrims, starving and dying under socialism, abruptly switched to private property and free markets. That switch really did establish a national character because afterwards, the Pilgrims moved from starvation to prosperity, paid off their debts to English sponsors, and established a national character that survives to this day despite the Left’s 100-year campaign to discredit and crush it.

It is that new national character that drew a massive migration to America — not the sad introduction of the fusty 10,000-year-old institution of slavery.

The Pilgrim experience of 1623 stands as the most authentic-ever, real-life, before-and-after comparison of socialism versus private property and free markets. Socialism lost. Free markets won.

It is with this thought that I write this article with hope.

I hope our American conservative media will develop our own positive 1623 Project counter-narrative to the one that the Times is now ramming into our media, schools, and our children’s minds. At a bare minimum both narratives should be taught side-by-side in our schools.

And in the near term, as the Democrat Party slides ever-more-leftward toward socialism, it is the 1623 narrative that is far more relevant today for We the People.

What most of us never learned (or glossed over) was that the original contract the Pilgrims brokered with their London sponsors required that everything the Pilgrims produced was to go into a common store, and every member was to be allotted one equal share. Further, all the land they cleared and all the buildings they constructed were to belong to the whole community rather than to any individual.

To those with visions of Utopia, this must have sounded like the ideal society. Free of outside evil influences from old England and Europe, private property and greed were to be banished. Everyone was to work hard for the common good. Each was to contribute all that one could and take out only what one needed. In modern terms, it was to be a kind of Bernie Sanders neo-Marxist paradise.

In the two winters beginning in 1621 & 1622, a great many died from starvation, pneumonia, or both. Here are excerpts from Governor William Bradford’s own retrospective summary of the community’s experience with what we now variously call collectivism, socialism, or communism: 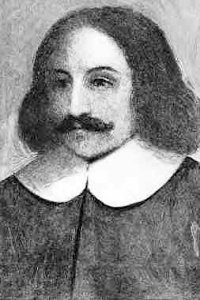 In other words, said the Governor, it simply didn’t work, even when their very survival depended on it. Mankind’s inherent nature simply wouldn’t accommodate it, no matter how “ideal” it may have seemed to its proponents.

Wisely, in April, 1623, Bradford abruptly abandoned socialism. Instead, he assigned a plot of land to each family, permitting them to keep everything they produced and to market anything they didn’t consume themselves. He actually harnessed all that supposed human ”greed” and put it to work in a free-market system of the type Milton Friedman was to espouse so eloquently in the 20th-century Free to Choose series of books and videos.

So … for the Pilgrims, how did free markets and private property work out for the same people in the same place under the same circumstances? 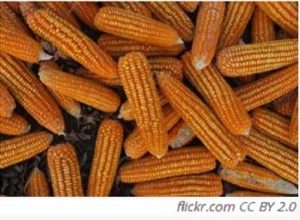 The Pilgrims soon had more food than they could eat or trade among themselves. They set up trading posts and exchanged goods with the Native Americans. They paid off their debts to their London sponsors and soon attracted a great European migration. Their new society still had its problems, but hunger was never again one of them.

Why isn’t this 1623 lesson featured up front, in neon lights, in American history classes? Why isn’t it the lead story of the Pilgrim experience? Why has the history even been falsified and its most important lesson ignored? Why has the New York Times overlooked it and focused on the 1619 introduction of slavery instead?

Perhaps the New York Times hopes their ill-conceived 1619 Project will somehow humble and shame Americans into voting for Democrats(?) as compensation for long-ago slavery that their ancestors had nothing to do with — or even fought to eliminate.

Unfortunately for all those stubborn Leftists, the historical record couldn’t be clearer. For Americans, the Pilgrim experience should rightfully be Exhibit One in our classrooms as a 1623 Project counterpart to the Times’ desultory 1619 Project.

Afterword: I do hope in my lifetime to see new children’s books, history books, some novels, a TV mini-series, and a movie or two devoted to the story of the Pilgrims’ real-life experience with socialism and free markets. Conservatives should demand at least equal time with the neo-Marxists who think their wretched ideology should rule in American K-12 schools and universities.

David Leeper is a retired engineer living in Scottsdale, AZ, with his (first) wife of 47 years. He is currently a volunteer science teacher at AzScienceLab.com. In his fun-filled 40-year career, he held positions from lab technician to technical vice president at AT&T Bell Labs, Bellcore, Motorola, and Intel. He holds 16 patents in telecom technology and a PhD in Electrical Engineering from the University of Pennsylvania. Since 2011, he has written over 1000 political commentaries.