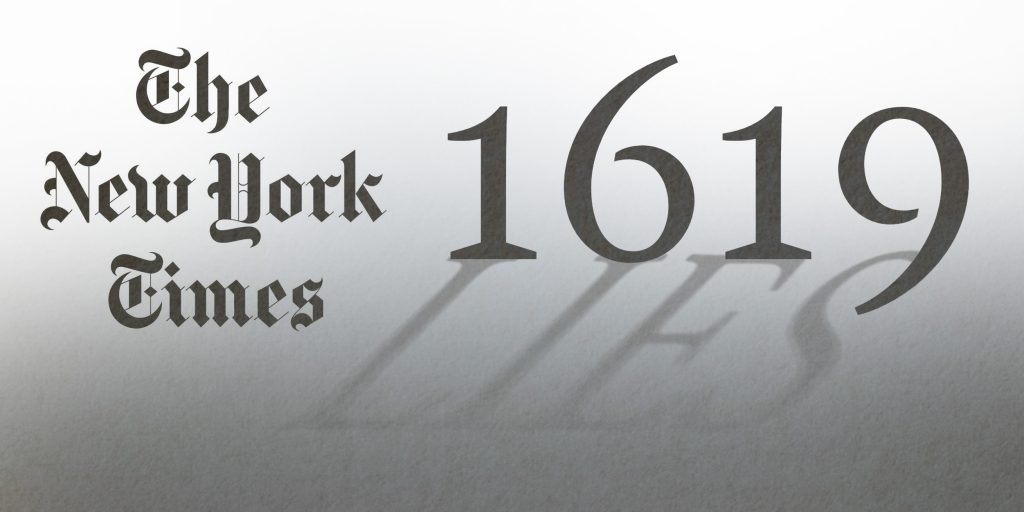 ‘The 1619 Project’ Tells a False Story About Capitalism, Too

Writing in 1854, George Fitzhugh described slavery as ‘a beautiful example of communism.’

The awarding of a Pulitzer Prize for commentary to the New York Times magazine’s Nikole Hannah-Jones, creator of “The 1619 Project” will serve as an additional selling point as the Times and the Pulitzer Center (unaffiliated with the prize) seek to market their 1619 Project Curriculum. It’s hard not to see the prize as an attempt to deflect the criticisms the paper has taken from historians across the country.

Jake Silverstein, the magazine’s editor, waved away those objections as differences of “interpretation and intention, not fact” in a letter responding to a dozen concerned historians, including me. Historians do argue over interpretations, but parts of the 1619 Project are sloppy, at best, with the facts. Consider the essay on capitalism by sociologist Matthew Desmond.

Mr. Desmond asserts that Americans live in an environment of “low-road capitalism,” a “peculiarly brutal economy” where “inequality reigns and poverty spreads.” The fountain from which a “uniquely severe and unbridled” capitalism springs is not Adam Smith or even the Robber Barons, but the cotton plantation, Mr. Desmond claims. There, in the American South, enslaved laborers produced “the nation’s most valuable export.” Their productivity created “a capitalist economy.”

Slaves were whipped and tortured into clearing fields, planting and harvesting crops whose yields increased, Mr. Desmond writes, by 400% over the 60 years before the Civil War. But Mr. Desmond also contends that every aspect of the plantation was ruthlessly rationalized to enhance profits, “via vertical reporting systems, double-entry record-keeping and precise quantification.” Those “management techniques” became a model for “a union-busting capitalism of poverty wages, gig jobs and normalized insecurity.” Slavery’s “violence was neither arbitrary nor gratuitous,” but instead “rational, capitalistic.”

Yet the numbers do not substantiate this thesis. Mr. Desmond asserts that “New Orleans boasted a denser concentration of banking capital than New York City.” But New York alone had more banks in 1858—294—than the entire future Confederacy, home to 208. The entire region’s “banking capital”in 1858 amounted to less than 80% of that held by the New York banks.

Cotton was the single biggest export commodity of pre-Civil War America—but only as a percentage of production that was exported. New York, in 1856-57, overshadowed every other state in the Union in the value of total exports and accounted for almost twice as much as all slave states combined except Louisiana, whose major port also exported goods produced in free states.

As historian Erin Mauldin has written, Southern agriculture before the Civil War was a sloppy, chaotic affair. Acidic soils discouraged intensive cultivation and pushed landowners toward wasteful land usage and constant movement westward to new territory. Much of what looks like capitalist innovation was a use-and-abandon process of land expansion only a few levels above hunting and gathering. Even Southern railroads were, as John Majewski has shown, built largely with public funding, not private investment, and mostly with a view of moving Southern militias to suppress slave revolts.

Nor was the uptick in cotton production necessarily driven by the lash. Economists Alan Olmstead and Paul Rhode analyzed 150 plantations between 1800 and 1860. They attribute the increases in the volume of cotton production not to beatings and torture but to the “introduction and perfection of superior cotton varieties.” The quality of Southern cotton also drove up cotton profitability, as producers in Brazil, India and Egypt were unable to match it.

None of this is to deny the obvious fact that slavery was inhumane or brutal. But brutality has never been an effective incentive for productivity, much less improvements in quality.

The clinching refutation of the slavery-is-capitalism theory comes from the mouths of the slave owners themselves. They would have been aghast at the idea they were presiding over Yankee capitalism. Capitalism, complained slavery’s paladin, John C. Calhoun, “operated as one among the efficient causes of that great inequality of property which prevails in most European countries. No system can be more efficient to rear up a moneyed aristocracy. Its tendency is, to make the poor poorer, and the rich richer.”

The 1619 Project imagines Southern slaveholders were practicing “capitalism” simply because they made money. But slavery had been around since antiquity—long before anything resembling capitalism existed. And what the South saw in its plantations wasn’t capitalism but the opposite. Writing in 1854, the pro-slavery propagandist George Fitzhugh described slavery as “a beautiful example of communism, where each one receives not according to his labor, but according to his wants.”

“Our democracy’s founding ideals were false when they were written,” reads the headline of Ms. Jones’s prize-winning essay. “Black Americans have fought to make them true.” The latter part is true, but the former isn’t, and attempting to replace the nation’s ideals with a false and destructive story is no way to do history. The 1619 Project can wave its Pulitzer as credibility insurance, but credibility isn’t the same as truth. Pulitzers have been handed out before—to the Times’s Walter Duranty and the Washington Post’s Janet Cooke—only to collapse under the weight of falsehood.

Mr. Guelzo is a senior research scholar at Princeton University and a visiting fellow at the Heritage Foundation.

Posted in 1619 Project,1619 vs 1776,american history,revisionist history and tagged Education,Opinion