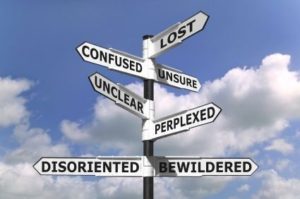 Writer Alleges: ‘Federal Government is clearly out of control’

Perhaps We Should Give the Constitution a Try says the headline in a March 15 opinion piece by John Green, published by Conservative Daily News.

Green starts with the premise: “The Federal Government is clearly out of control.”  He follows that with reference to the tens of thousands of federal rules (laws, regulations, and executive orders) imposed on Americans, and the tens of trillions of dollars of national debt the federal government has built up.  Does anyone doubt Green’s premise?

He talks about efforts (tactics) to elect more responsible national leaders, but concludes, “Tactics without strategy is the noise before defeat.”  Then he underscores the fact the US Constitution provides a constitutional strategy to reign in government.

He says, “The first clause of Article V of the Constitution describes how Congress may initiate an amendment. However, the seldom discussed second clause empowers the states to initiate the amendment process by calling a convention of states. Via this instrument, the states may circumvent a recalcitrant Congress to implement constitutional constraints on the Federal Government.  While the second clause has never been used, it remains a valid method to amend the Constitution.”

Green notes that “the Soros backed Common Cause policy group has assembled a coalition of over 200 left leaning groups to lobby against such a convention.  They are so frightened by a convention that they have embarked on a massive disinformation campaign.  They are promoting the notion that a convention of states will morph into a runaway constitutional convention – resulting in jeopardy to our civil liberties — and perhaps even destroying programs such as Medicare and Social Security.  However, pay attention to their ‘tell.’  They’re afraid of it, because it may actually work.”  Read his excellent piece HERE.