A Democrat We Should Know

The Democrat Who Fought for Federalism, Conservatism & Bi-Partisan Decision-Making By Stuart MacPhail, Editor, Article V Caucus – November 2020 Josiah W. Bailey is a man modern day legislators should get to know.  He was an influential member of the Southern Democratic Conservative Party and served as a US Senator for North Carolina from 1931… 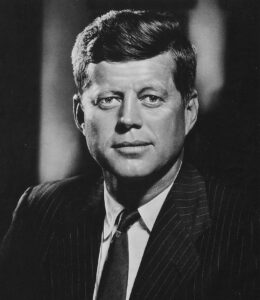 WSJ August 15, 2020 The Democrats’ Refounding of America For today’s party, the 1960s marked the beginning of a new social and constitutional order. By Christopher Caldwell | 1107 words At the funeral of John Lewis in Atlanta last month, former President Barack Obama described the late civil rights leader and Democratic congressman as a…

A Democrat We Should Know

The Democrat Who Fought for Federalism, Conservatism & Bi-Partisan Decision-Making

Josiah W. Bailey is a man modern day legislators should get to know.  He was an influential member of the Southern Democratic Conservative Party and served as a US Senator for North Carolina from 1931 until his death in 1946.  That means he was a US Senator during the time President Franklin Roosevelt was promoting and implementing his “New Deal.”

Bailey was motivated to help answer the growing Depression-related needs of the public, but wanted do so while adhering to the traditional values of individualism, hard work, self-help, balanced budgets, strong local governments and administrative efficiency.  He respected Roosevelt as a leader and believed that Roosevelt intended to be moderate in order to not fracture the nation.  But he believed that the struggles of the Great Depression were causing Franklin to abandon the conservatives of both parties.

In 1937 Bailey was still in agreement with Franklin’s reasons for the New Deal (to promote enterprise while cracking down on what Franklin believed were extreme corporate profits).  But he believed FDR’s programs were leading America down the road to collectivism.  He believed that limitations should be placed on government growth.  By that point the US was experiencing an economic recession that was at least partly due to Roosevelt’s severe restrictions on business interests.  That was also the year Roosevelt attempted to “pack” the Supreme Court.

Senator Bailey decided to rally bi-partisan opposition to certain of FDR’s New Deal programs.  He attracted reluctant senatorial New Dealers and anti-New Dealers (Republicans and Democrats) to join him in drafting what they called The Conservative Manifesto, to serve as a plan for national economic recovery.

Among other points, their plan called for: revision and reduction of taxes in order to free up investment funds; reduction of government spending to achieve a balanced federal budget; termination of “unnecessary” government competition with private enterprise; recognition that private investment and enterprise require a reasonable profit; amplify the principles of federalism; and, rely on “the American form of government and the American system of enterprise.”

Bailey was the principle face behind the “Manifesto” as other Senators feared reprisals for standing up against FDR.  He was not opposing FDR as much as he was trying to remind him that there needed to be a balance between private enterprise and government.  He was also trying to stress the need for bi-partisan support for measures addressing the current recession.

Senator Bailey’s across-the-aisle efforts and their manifesto did prove to restrain further New Deal programs, and helped move the country out of the recession.  Just as important, Bailey’s efforts marked a change in how politics worked… at least during the immediately following era.  It would be great if there were more bi-partisan-minded Josh Baileys serving our states and nation today.