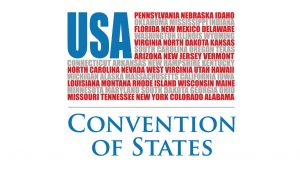 A Solution for a Broken DC

A Solution As Big As The Problem Michael P. Farris, JD, LLM, Convention of States Action — Senior Fellow for Constitutional Studies We See Four Major Abuses Perpetrated by the Federal Government. These abuses are not mere instances of bad policy. They are driving us towards an age of “soft tyranny” in which the government…

A Solution for a Broken DC

A Solution As Big As The Problem

We See Four Major Abuses Perpetrated by the Federal Government.

These abuses are not mere instances of bad policy. They are driving us towards an age of “soft tyranny” in which the government does not shatter men’s wills but “softens, bends, and guides” them. If we do nothing to halt these abuses, we run the risk of becoming nothing more than “a flock of timid and industrious animals, of which the government is the shepherd.” (Alexis de Tocqueville, Democracy in America, 1840)

A radical social agenda and an invasion of the rights of the people accompany all of this. While significant efforts have been made to combat this social erosion, these trends defy some of the most important principles.

Collusion among decision-makers in Washington, D.C., has replaced these checks and balances. The federal judiciary supports Congress and the White House in their ever-escalating attack upon the jurisdiction of the fifty states.

We need to realize that the structure of decision-making matters. Who decides what the law shall be is as important as what is decided. The protection of liberty requires a strict adherence to the principle that power is limited and delegated.

Washington, D.C., does not believe in this principle, as evidenced by an unbroken practice of expanding the boundaries of federal power. In a remarkably frank admission, the Supreme Court rebuffed a challenge to federal spending power, despite acknowledging that power had grown far beyond the bounds envisioned by the Founders.

What Does this Mean?

This is not a partisan issue. Washington, D.C., will never voluntarily relinquish meaningful power—no matter who is elected. The only rational conclusion is this: Unless some political force outside of Washington, D.C., intervenes, the federal government will continue to bankrupt this nation, embezzle the legitimate authority of the states, and destroy the liberty of the people. Rather than securing the blessings of liberty for future generations, Washington, D.C., is on a path that will enslave our children and grandchildren to the debts of the past. The problem is big, but we have a solution. Article V gives us a tool to fix the mess in D.C.

Our Solution Is Big Enough to Solve the Problem

Rather than calling a convention for a specific amendment, Convention of States Action (COSA) urges state legislatures to properly use Article V to call a convention for a particular subject—reducing the power of Washington, D.C. It is important to note that a convention for an individual amendment (e.g., a Balanced Budget Amendment) would be limited to that single idea. Requiring a balanced budget is a great idea that COSA fully supports. Congress, however, could comply with a Balanced Budget Amendment by simply raising taxes. We need spending restraints as well. We need restraints on taxation. We need prohibitions against improper federal regulation. We need to stop unfunded mandates.

A Convention of States needs to be called to ensure that we are able to debate and impose a complete package of restraints on the misuse of power by all branches of the federal government.

What Sorts of Amendments Could Be Passed?

The following are examples of amendment topics that could be discussed at a convention of states:

Of course, these are merely examples of what would be up for discussion. The Convention of States itself would determine which ideas deserve serious consideration, and it would take a majority of votes from the states to formally propose any amendments.

The Founders gave us a legitimate path to save our liberty by using our state governments to impose binding restraints on the federal government. We must use the power granted to the states in the Constitution.

Posted in Convention of States