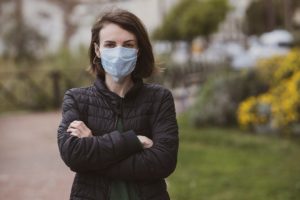 Mask Mandates Don’t Necessarily Translate Into Fewer COVID-19 Cases by Michael Tennant March 24, 2021 The Centers for Disease Control and Prevention (CDC) may be its own worst enemy. Every week, it seems, the agency issues new COVID-19 statistics that discredit its own recommendations for combating COVID-19. The CDC’s latest numbers show that many states without mask mandates… 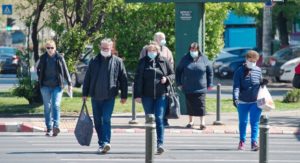 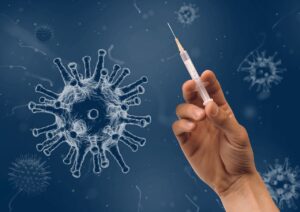 Free Markets Beat Central Planning By: John R, Cochrane – January 14, 2021 The Grumpy Economist I repackaged and rethought some of my earlier thoughts on vaccine allocation and markets vs. government for National Review. Text here, without the lovely pop-up ads:  Surely, we can’t let there be a free market for COVID-19 tests and vaccines.… 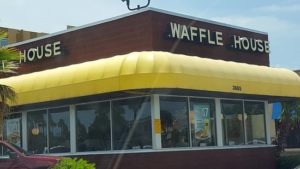 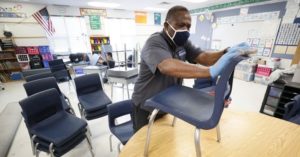 WSJ November 14, 2020 By The Editorial Board | 491 words New York City Mayor Michael Mulgrew on Friday told parents to brace for another schools shutdown on Monday. Ok, he’s the teachers union chief, not the mayor. But he might as well be as Mayor Bill de Blasio follows his orders. Nice that they…

The Centers for Disease Control and Prevention (CDC) may be its own worst enemy. Every week, it seems, the agency issues new COVID-19 statistics that discredit its own recommendations for combating COVID-19.

The CDC’s latest numbers show that many states without mask mandates are outperforming those with such requirements. Specifically, Texas, which dropped its mandate and other restrictions March 2, and Florida, which has been wide open since last summer, are both reporting far fewer new COVID-19 cases per 100,000 people than New York, which continues to suffer under a variety of restrictions including a mask mandate.

This is, of course, not what one would expect from the mainstream media’s coverage of the states’ virus-mitigation strategies.

Now-embattled New York Governor Andrew Cuomo (D) won an Emmy award for his daily COVID-19 briefings, in which he belittled opponents of his policies despite having admitted almost a year ago that shelter-in-place was “probably not the best public health strategy,” and got a seven-figure advance on a book touting his pandemic leadership skills. (Cuomo’s recent troubles, both virus-related and otherwise, have caused book sales to plummet and the publisher to stop promoting it.)

“What Abbott calls pro-business is anti-people,” Hinojosa added. “Make no mistake: opening Texas prematurely will only lead to faster COVID spread, more sickness and overcrowding in our hospitals, and unnecessary deaths. There is no economic recovery without beating the coronavirus pandemic. This will set us back, not move us forward.”

Actor George Takei called Abbott’s move “criminal, a racist death sentence for so many who could have been spared.”

Florida Governor Ron DeSantis (R) has been the target of much vitriol since opening his state up after only a brief shutdown. Unlike Abbott, who tepidly defended himself, DeSantis has gone on offense. Last month, for example, he shot back at journalists who pestered him about mask-free Super Bowl parties, noting that their outrage about unmasked people is selective. “You don’t care as much if it’s a ‘peaceful protest.’ Then it’s fine,” said DeSantis. “You don’t care as much if they’re celebrating a Biden election. You only care about it if it’s people you don’t like.”

Last week, DeSantis held a public-health roundtable consisting of experts who disagree with the prevailing opinion on how best to address the pandemic. Among the panelists was former White House coronavirus advisor Dr. Scott Atlas.

The CDC’s statistics seem to bear out DeSantis’ contention that lockdowns and mask mandates, besides being antithetical to a free society, do little to stop the spread of the virus. The New American reported last week that California, which has been under a strict lockdown and mask mandate for a year, has experienced almost exactly the same results as Florida despite the latter’s much older population. The two states’ unemployment rates, on the other hand, offer a stark contrast: Florida’s is 5.1 percent, while California’s is 9.3 percent.

Texas and Florida aren’t the only states serving as rebukes to the conventional wisdom. South Dakota — which, going Florida one better, has never had any kind of lockdown or mask mandate — reported 149.6 COVID-19 cases per 100,000 in the last week. That’s higher than both Texas and Florida but still far below New York. And, as the Associated Press recently observed, while Connecticut has imposed a slew of restrictions on its citizens, it’s right there with South Dakota “among the 10 worst states for COVID-19 death rates.”

As the CDC’s numbers continue to demonstrate that the virus’ threat is diminishing and that the agency’s recommendations have absolutely nothing to do with it, one wonders: How much longer will the Biden administration keep on releasing them?