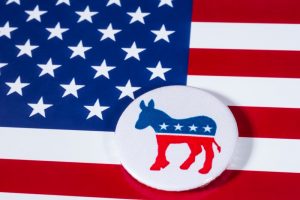 The Gangsterization of the Democrat Party

Let’s start with a series of rhetorical questions related to the upcoming presidential elections:

– Does a broken storefront add votes to the Democrats?

– Does a burning car add votes to the Democrats?

– Does a killed or wounded policeman add votes to the Democrats?

– Does a toppled statue add votes to the Democrats?

– Does an “autonomous zone” add votes to the Democrats?

– Does a demolished synagogue or a destroyed church add votes to the Democrats?

Simple human logic suggests that the answers to all these questions are negative.  Why do Democrats do all of this?  Currently, the majority opinion is solidly against the rioters.  Why did Democrats move from ideological gangsterism to a real one?  After all, this is silly, just silly.  Democrats have brought America into a post-Orwellian world, in which they demanded the presence of the police at a protest rally dedicated to defunding of police.  So many police officers, abandoned by their Democrat mayors, decided to go Galt.  Are Democrats complete blockheads or political duffers?  What is prevailing here — (D)egeneratism or (D)ementia?

I belong to the camp of those who don’t consider Democrats idiots.  This raises the question: why, then, are they slipping into this criminal quagmire?  To answer this question, we need to understand how the mass disinformation media work.

As an example, consider the analogy with the stock market.  Many believe that the stock market instantly responds to the latest economic news.  This is far from the case.

The stock market does not respond to news as such.  It responds to the expectation of how the news can affect the state of an already established portfolio in about six months.  Therefore, for example, sometimes bad news leads to higher stock prices, and sometimes the opposite occurs.  Occasionally, good news can also lead to an increase or decrease in stock prices.  It all depends on how the Wall Street bigwigs have positioned their current portfolios, whether they are focused bullish or bearish, and what they foresee about six months out.

In parallel with the real exchange market, there is virtual, informational reality.  In this domain, there is always some news to rationalize the minute price movements.  From the entire cacophony of news, only the news that is selling the best, and that authoritatively “explains” why values went up or down today, penetrates the front pages.  It applies not only to economic news, but also to all pertinent political news.

In other words, political and economic news per se does not matter.  From a political standpoint, the only news that is relevant is what is consistent with the point of view of existing political positions, what is in an already formed political portfolio.  It must be suited within a previously approved political platform.  That explains, inter alia, why the majority of mass disinformation media eventually morph into propaganda machines, and the audience of news channels is polarized very quickly.

Just as today’s events in the stock market are designed to maximize the value of the portfolio in about six months, the current actions of the Democrats are aimed at maximizing their political portfolio in the post-election period.

The Pan-American pogrom is happening because it looks as if the Democrats know that Trump has already won the 2020 election.

The elections will be held on November 3, but Democrats, probably, already know the name of the winner, and they act accordingly.  At the same time, President Trump does not attack the feeble-minded Marxist blackshirts with the help of the Army, although he has the authority.  His team focuses on election issues.  So while riots concentrate in heavily Democratic states, nobody should expect any reckless movement from the White House.  Stopping vandalism in the states that traditionally vote for Democrats will not offer Trump a single electoral vote.  In a simple Machiavellian way, Trump forces the electorate in such states to enjoy the preview of socialism they dream of.

President Trump knows that Democratic vandalism is not a response to his actions or his policies — the destruction and pillage are a response to his victory.  Democrat Party bosses, like Wall Street bosses, do not look to the past, not to the present, but into the future.  Leftist gangsters and leftist bankers are acting alike.

The riots of the Democrats are today’s answer to Trump’s future victory.

The gangsterization of the Democrat Party is the last effort, the last reserve, the last straw for the Democrats drowning in their leftist racist filth to maintain morale in the losing camp.  They know that Trump has accumulated sufficient political capital, and his campaign has collected impressive cash reserves.

Democrats are pushing Trump to waste his political and monetary capital on the fight against the Democrat rioters in the Democrat states and squander all the political ammunition before the official start of the presidential race.

So far, Donald Trump has not taken the bait.

In addition, Democrats are aware of Baader-Meinhof syndrome — those obsessed with an idea need to nourish their faith in this idea continually.  Those who want to see America in the fire of pogroms and vandalism will always find suitable sources.  Those who see God’s business everywhere and in everything will always find confirmation of this.  If someone is looking for evidence that the United States of America has become the United States of Anarchists, he will always find evidence on CNN, MSNBC, and other left-wing media.  In conclusion, the propaganda of the gangsterization of the Democrat Party is fascinating to those who, in fact, are enthralled with the gangsterization of the Democrat Party.

The stage of Jewish pogroms in America seems to have passed.  Democrats will soon take on Christian saints and churches.  However, in America, the stance toward Christianity is significantly different from that of Europe.  In America, there has never been Bartholomew’s night or the Inquisition, and the attitude toward Christianity in its entirety is positive.  When the statues of Christ, the Virgin Mary, and other symbols of Christianity begin to fall, this will mean that the Democrat Party has finished digging its own grave.

The very first desecrated statue of the Virgin Mary will lead to a powerful rebuff the likes of which the Democrat Party — the party of former slave-owners and the KKK — has not experienced since the Civil War.  The Democrats’ swan song will be the overthrow of the statue of Dr.  Martin Luther King, a peaceful black Republican preacher. 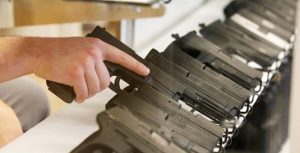 Therefore, if the next revolution threatens America, then it will, like the Revolution of the 18th century, be right-wing.  (Trump’s conservative revolution in America may already be taking place.  If you haven’t noticed it, you should turn off the TV.)  Law and order will eventually be restored — political gangsters in America will be quickly and efficiently disposed of after the 2020 elections.

Gary Gindler, Ph.D., is a conservative columnist at Gary Gindler Chronicles and the founder of a new science: politiphysics.  Follow him on Twitter and Quodverum.