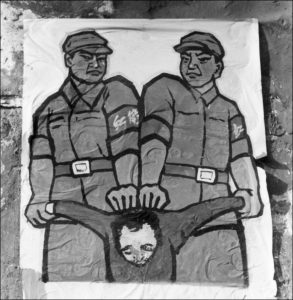 By Mike Kapic / January 4, 2021 / Comments Off on America Must Hold China Accountable

By Robert B. Charles – December 2, 2020 China and Iran wanted Biden-Harris – and got them.  Whether China helped in that process remains an open question, but they desperately wanted to be done with Donald Trump.  They will likely get new trade, nuclear, missile, and sanctions relief, an end to bilateral Middle East peace deals,…

China and Iran wanted Biden-Harris – and got them.  Whether China helped in that process remains an open question, but they desperately wanted to be done with Donald Trump.  They will likely get new trade, nuclear, missile, and sanctions relief, an end to bilateral Middle East peace deals, and a complete pass on security issues which – in time – will jeopardize the United States.  But Trump is not done.

While Biden is likely to look the other way as China militarizes international waterways, asserts power projection from leased foreign ports, manipulates allied economies and currency, takes control of small nations with debt, bribery and international organizations, then proliferates cybercrime, intelligence assets globally, penetrates US universities, and deploys space weapons – Trump is not letting up.

As truth is truth, Trump is making crystal clear how he feels:  Communist China is not a friend of the United States, does not have US interests at heart, or even under consideration.  President Xi Jinping, General Secretary of China’s Communist Party – in Soviet fashion – appointed himself “leader for life,” and is content to suppress much of China’s 1.4 billion population, angling to control Hong Kong and Taiwan, randomizing rule of law, violating human rights – all in the name of progress.

Somewhat ominously, Xi increasingly is compared to China’s Communist pioneer, student of Lenin and Stalin, Mao Zedong.  No surprise, since past US Administrations have played the fool to Communist China – letting China’s economy, military and cyber-capacities mushroom, their intelligence apparatus penetrate the West, and vital American interests get eclipsed, region by region.

While past administrations waited for China to loosen politically, in some “Alice in Wonderland” world – and Obama-Biden got comfortable with offering Communism legitimacy (while they paid Biden’s son), the future is not made of wishes and hopes that our adversaries will respect us, even as they take aim.  To borrow a Chinese philosopher: “You cannot bolt the door with a boiled carrot.”

So, as the US election settles, Trump is not standing down.  He is stepping up. Last week, he put fresh sanctions on China – blocking American ownership in 31 companies tied to China’s military-industrial complex, which is vast.  See, e.g., here, here, and here.

Trump continues to tighten China’s access to US capital markets.  Why should US investors, pension funds, or companies assist China in suppressing her own people, and undermining US national security?

Trump is exactly right, as he was to call China out on trade manipulation, cyberattacks on US government and businesses, stealing research and buying curricula across US universities, violating international monetary, trade and security treaties, flouting human rights accords, upending the Hong Kong Treaty, threatening Taiwan, undercutting international sanctions (as with North Korea), and originating, spreading and covering up the devastating COVID-19 coronavirus.  Is any of this Communist behavior legally or morally defensible? No, under no circumstances.

So, Trump is right.  While he sits at the White House, we can be glad he continues to call a spade a spade, hammer a hammer, and sickle a sickle.  The worry, of course, is that Biden’s compromised team will cave on all this.  China knows Biden is old, weak, egotistical, and error prone, as does Iran. Harris is so inexperienced, malleable, and self-adulating that China would play her like a fiddle, or Chinese Erhu.

In short, if Congress cares about US security, they must – Republicans and Democrats – unite and put brakes on Biden’s plans to reverse Trump’s sanctions.  The Biden team should stop and reevaluate what serves America, what is realistic with a carrot, and when sticks are required.  They owe America not to be taken for fools, not to keep lining their pockets, not to be shining reputations with Chinese praise.

These are dangerous times. Trump continues to remind us, as he holds China’s aggressive Communist government accountable. Would that he had another four years, but odds grow long.  If Biden-Harris is the new team – they can, they should, they must continue to hold China’s feet to the fire. Let us urge them to do so, through every venue, and keep one eye on the far horizon. Trump has done that.