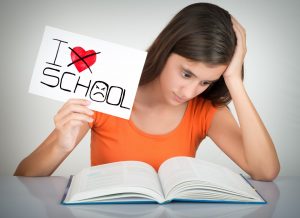 In­stead of starting students on the road to education, school tends to rob parents and young people of their sense of responsibility for devel­oping the individual’s powers of self-development. Orval Watts – July 1, 1971 [Ed: this decades old message appears to be still relevant today—have we created a monster?] Abe Lincoln never went to…

In­stead of starting students on the road to education, school tends to rob parents and young people of their sense of responsibility for devel­oping the individual’s powers of self-development.

[Ed: this decades old message appears to be still relevant today—have we created a monster?]

Abe Lincoln never went to high school or college. In fact, he spent very little time in any kind of “educational institution.”

But was he uneducated? On the contrary, he ranks high among the well-educated men of all centuries, including our own.

When Benjamin Franklin first went to Paris as envoy from the newly formed Confederacy of American States, crowds lined the street to see him ride to and from his lodgings. This was not because he represented an upstart little na­tion fighting for its independence. Instead, it was because he was al­ready world famous as a scholar, scientist, and philosopher. Of formal schooling he had almost none; but even by today’s stand­ards, he was a highly educated man.

Does this mean that the great complex of “educational institu­tions” in this country represents only wasted effort and wealth?

Not altogether, of course. No doubt a Ben Franklin could profit greatly from an opportunity to use the equipment of a modern labora­tory, and a teacher might save him from electrocuting himself and shorten his learning time by dem­onstrating the use of the equip­ment.

But one excuse often heard for the vast expenditures on compul­sory, institutionalized schooling I should like to question. It is said that few young people have the thirst for learning or the genius of a Franklin or Lincoln, and that because of this we need schools and school teachers to make learn­ing easier and even to compel the “average” individual to travel part way on the road to an education.

Too often, however, I believe that institutionalized schooling has precisely the opposite effect. In­stead of starting students on the road to education, it tends to rob parents and young people of their sense of responsibility for devel­oping the individual’s powers of self-development.

A conversation with a young graduate from a high-prestige eastern college illustrates this point. He was enrolled in the train­ing program of a large grocery chain and was currently working as an assistant manager of one of the branch stores. I asked him how he liked his work.

“Then why don’t you quit and try something else?” I asked.

“Well,” he admitted, “I really would like to get into advertising.”

“What’s keeping you from it?”

His reply points to a fatal flaw in our modern craze for institu­tionalizing the educational process. Sadly he said, “I never had a course in advertising.”

Sixteen years of “the best schools” in the country had given this young man a sense of depend­ency that would cripple him for life if he did not somehow discover the secret of Ben Franklin’s schol­arship or of Abe Lincoln’s high level of literacy and breadth of learning: an individual becomes truly educated only as he learns to educate himself.

Schools and colleges cannot cram education into the heads of passive pupils as we pour water into an empty pitcher.

Too often, the young victims of mass schooling get the habit of depending on their teachers to pre­digest the assigned readings, cor­rect their bad guesses on tests, and pass them on to the next grade at the end of the school year with little or no regard to the students’ progress in knowledge, skills, or habits of work. This is not an edu­cational process.

By moderately attentive listen­ing in class, with perhaps a hasty skimming of a prepared digest of the readings, the average student in many of our “educational insti­tutions” can get a high school cer­tificate or even a college diploma with little or no serious mental effort.

When a college does what it should—as some do—it serves as a correctional institution rather than a diploma mill. It seeks to de­velop healthy attitudes toward work and responsibility rather than to cram the students’ minds with facts.

The easy road to a diploma or degree does not develop the ability or habits of study, and, as Douglas Woodruff says, “a college degree is a poor substitute for an edu­cation.” 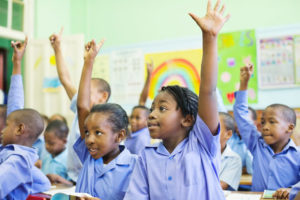 Education requires effort on the part of the student, and the quality of his education is directly propor­tional to the effort he puts forth. Ability and willingness to study, to work hard at acquiring new knowledge and new skills, are es­sential for the life-long, self propelling educational process that makes human life meaningful and worthwhile.

It is easy to understand that some learning ability may be nec­essary to hold a job in this age of rapid technological change; and it may help to improve one’s place and status in industry or social life.

But why, one may ask, is con­tinued learning necessary to give value and meaning to life apart from its occupational or social usefulness?

The answer, I think, is a simple one. The habit and skills of learn­ing give the individual hope that his future may be better than the present, and “it is hope alone that makes us willing to live.”

The theory that education should always be “fun,” “interest­ing,” “enjoyable” may be useful in devising ways to keep young peo­ple in school longer, but it bars the way to an education for anyone who holds it.

The notion that sweat and strain have no necessary place in a good life, that responsibilities cause only ulcers and high blood pres­sure, is producing youthful drop­outs from school and adult drop­outs from the continuing, organ­ized effort necessary to maintain a humane existence. It condemns its victims to the hell of boredom, self-doubt, and pursuit of life-de­stroying dissipations.

Enduring interests develop as we exert effort to learn, to under­stand, and to acquire new skills so that we may solve new problems and accomplish more difficult tasks.

Appreciation of the worth of hard work is one necessary ele­ment in true education. Developing the habits of strenuous effort is the other side of the coin of good living. Both come to our young people only as they find human ex­amples of such living and as they come to understand its meaning and worth.

A school or college worthy of the name, therefore, must choose its teachers for character and wis­dom, as well as for their fund of knowledge as attested by degrees or length of service.

Someone has well said, “Educa­tion is what you retain after you have forgotten everything you learned.” In other words, educa­tion is not a fund of facts so much as habits, attitudes, and principles that we call character, personality, and wisdom that should develop as the years advance.​

Dr. Watts (1898-1993) , author and lecturer, was the Burrows T. Lundy Professor of the Philosophy of Business at Campbell College, North Carolina, and Director of Economic Education for Northwood Institute, with headquarters at Midland, Michigan.