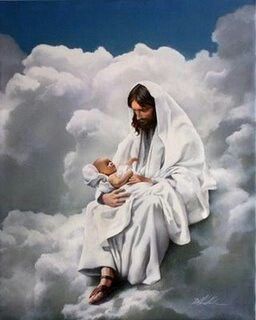 A federal appeals court judge voted with his colleagues Friday in overturning a Tennessee heartbeat abortion ban, but in the process also lambasted the U.S. Supreme Court for legalizing abortion “without a shred of support from the Constitution’s text.”

U.S. Sixth Circuit Court of Appeals Judge Amul Thapar voted with two other judges in a 3-0 decision overturning a section of a Tennessee law that would prohibit abortion when a heartbeat is detected. Thapar dissented from a 2-1 majority opinion that reversed a section of the law that prohibits abortion based on a baby’s race, sex or Down syndrome status.

Thapar said he was bound by Supreme Court precedent.

“Only the Supreme Court can tow our jurisprudence back to the safe harbor of democratic legitimacy,” he wrote. “… The Constitution leaves decisions like this to the states. The state legislatures can do what we can’t: listen to the community, create fact-specific rules with appropriate exceptions, gather more evidence, and update their laws if things don’t work properly. And if the public is unhappy, it can fight back at the ballot box. The courts should return this choice to the American people – where it belongs.”

“Roe and Casey are wrong as a matter of constitutional text, structure, and history,” Thapar wrote. “As Justice [Clarence] Thomas recently reminded us, these cases ‘created the right to abortion out of whole cloth, without a shred of support from the Constitution’s text.’

“… By manufacturing a right to abortion, Roe and Casey have denied the American people a voice on an important political issue,” Thapar wrote.

Thapar then quoted a 1992 opinion by former Justice Antonin Scalia, “‘The permissibility of abortion, and the limitations upon it, are to be resolved like most important questions in our democracy: by citizens trying to persuade one another and then voting.’”

“The Roe/Casey framework doesn’t just conflict with the original understanding of the Constitution – it cannot be justified under any modern approach to constitutional interpretation,” he wrote.

Further, Thapar noted that the United States has some of the least restrictive abortion laws in the entire world.

“In recent years, dozens of legislatures elected by tens of millions of voters have passed hundreds of laws to protect life. And public polling shows that most Americans support significant limitations on abortion. That shouldn’t surprise us,” he wrote. “… [But] only seven countries join us in permitting abortions after twenty weeks. And this list includes China and North Korea. That alone should give us pause.”