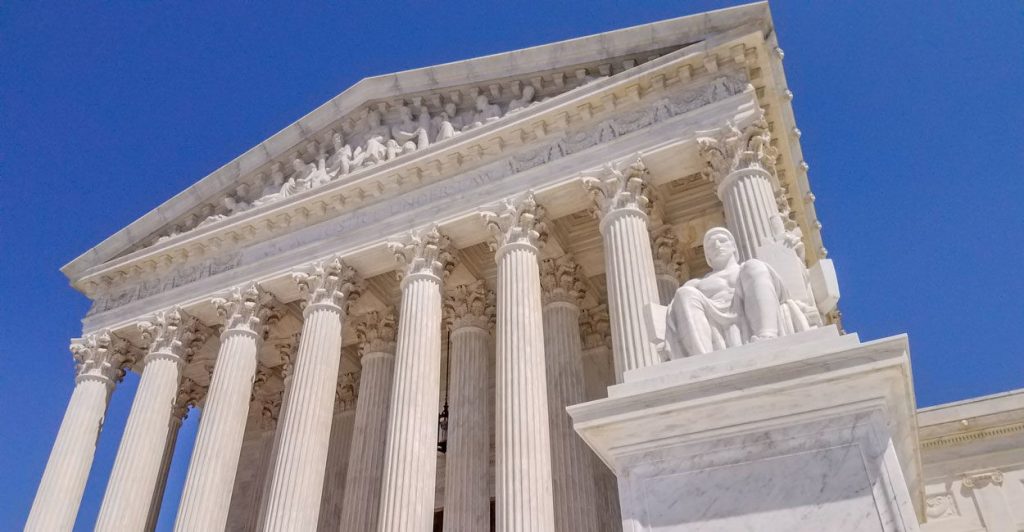 A battle royal is brewing between the Biden White House and Supreme Court. For the second time in a week, the Court has slapped the White House down. First, the Court upheld a reversal of Biden’s immigration policies, saying they were “capricious.” Now, after Biden ignored a June ruling, the Court is blocking Biden’s extended “eviction ban.” A battle of Titans looms.

The latest exchange of blows looks like this. In response to COVID, unprecedented restrictions hit the public, affecting individuals, schools, small businesses, landlords, tenets. We all felt the impact. One change was a temporary “moratorium on evictions,” aiming to help jobless tenets.

Like elections, policies have consequences. One predictable consequence of the elongated ban on evictions was that small landlords began going under. Many landlords are – in the end – just small businesses. On cue, this started happening in 2021, continues to this month.  See, e.g., ‘The eviction moratorium is killing small landlords,’ says one, as ban is extended another month; UNPAID RENT IS PILING UP. LANDLORDS CAN’T HOLD ON FOREVER; How Eviction Moratoriums Are Hurting Small Landlords—and Why That’s Bad for the Future of Affordable Housing.

To survive, a group of Alabama landlords sought help – from the Supreme Court. They asked that the White House be stopped from unconstitutionally extending the eviction ban – driving them under. In June, the Supreme Court agreed, saying “the administration did not have the legal authority to extend an emergency order that Congress had adopted.”

The High Court held: “If a federally imposed eviction moratorium is to continue, Congress must specifically authorize it.” Those words are very clear, with no executive extension.  See SUPREME COURT OF THE UNITED STATES.

Stunningly, acknowledging his likely constitutional breach, Biden used his executive pen – to unilaterally extend the federal eviction moratorium, anyway. He literally ignored the Court. Legal scholars split between shock and imagining this act as an outlier.

See, e.g., President Biden’s extension of the eviction moratorium is unconstitutional and he knows it.

The truth is, Biden’s provocative, incontrovertible violation of the Supreme Court directive is a matter of consequence – a knowing violation of “separation of powers.” Wrote seminal political philosopher Barron de Montesquieu, on whom our Founders relied, “there is no liberty if the judiciary power be not separated from the legislative and executive.” It is also dangerous, as it sets the precedent of an executive ignoring the Supreme Court’s 200-year-old province to “say what the law is.”  See Marbury v. Madison.

Now, the battle is heating up.

Having ruled in June that neither the White House nor Centers for Disease Control (CDC) could further impair the livelihood of landlords by executive order, and legislation would be constitutionally necessary, the Court just reaffirmed – striking down the Biden eviction moratorium extension.

Interestingly, the Biden White House knew – and stated for weeks – that the executive order would be unconstitutional, but when Congress did not act, they did it. The audacity of such a move is notable, likely reinforcing the Court’s sense that a reversal was urgent. Dismissing Biden’s limp plea that “unexpected” events permitted violation, the Court rebuffed him.

While liberal Justice Breyer, no doubt hoping to assuage leftist calls to resign, dissented, the majority stood up for the High Court’s prerogatives – namely, judicial review.

Specifically, the High Court upheld a lower court that found the Public Health Service Act does not permit the executive to issue a “nationwide evictions moratorium.”

In a broadside at the Biden White House, the majority wrote that “it strains credulity to believe that this statute grants the CDC the sweeping authority that it asserts.”

Biden knew in August the extension did not “pass constitutional muster.” He even issued it, saying, “by the time it gets litigated, it would probably give some additional time ….”

In other words – intentionally dishonor the Constitution – and just violate the law now, buying some political advantages, and prepare to get slapped down later. There, by the Grace of God, goes an example of what honor and integrity are not.

So, where are we now? Well, this round is over – and the White House lost, or lost on the law, even if they feel they got some political points by violating the law.

First, this episode suggests more to come – and a simple, undeniable, and indefensible disrespect for a vital, constitutional, collateral branch of our federal government, the judiciary.

The rule of law frays on such actions.

Second, this sequence implies another battle coming, the Biden Administration’s inclination – and Congressional Democrat disposition – to “pack” the Supreme Court, that is, to disrespect the American People, the historic nine-member standard of 150 years, and advance leftist politics above honor and “rule of law,” adding leftists.

Third, the Biden White House battering of this venerable institution, in effect seeking to delegitimize the High Court – is working in Democrat circles as the din and chant grow to push leftist politics over judicial review, even now capturing local politicians.

The disgrace of all this is that the Supreme Court is – even now – largely non-political, a judicially divided but legally- and historically-focused institution, one of the few remaining federal institutions that retains credibility in our buffeted Republic.

For President Biden – and Congress – to consciously demean the High Court is beyond the pale, below the belt.

A battle royal is brewing. One can only imagine if the day comes when Roe v. Wade is reversed, what happens next. In all events, let us continue to honor the history and respect the High Court.

Our Republic depends on it.